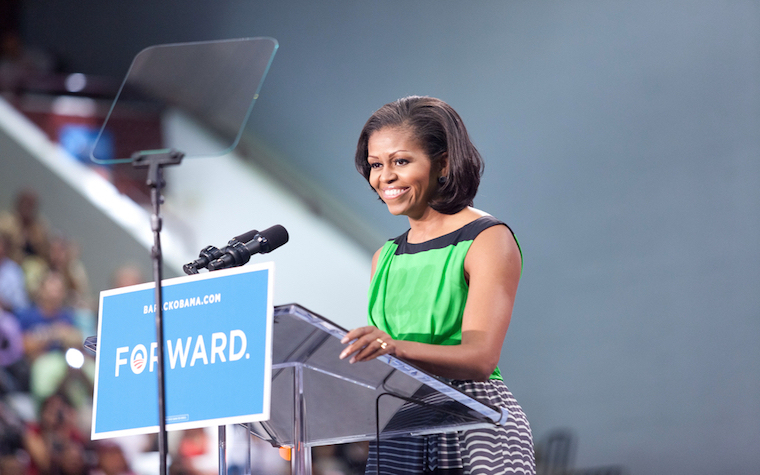 A campaign to reduce childhood obesity, led by First Lady Michelle Obama, has been effective in ways the public may not see, according to a key supporter of the initiative.

The first lady spearheaded the “Let’s Move” public relations campaign but also worked, and continues to do so, behind the scenes, said Margo Wootan, director of nutrition policy, Center for Science in the Public Interest.

“I do think it has been effective,” Wootan told Patient Daily. “She has done a combination of working within the administration and motivating the public.”

Obama is able to coordinate different agencies and “bring different players together both inside and outside the government in ways that were not done before,” she said.

The first lady has worked with the U.S. Department of Agriculture on the issue of healthy school lunches; Centers for Disease Control and Prevention on healthy eating in public buildings; and various cities and counties on championing nutrition, Wootan noted.

“The public sees the other side, on television, and her public relations is able to rally the nation and motivate the public,” Wootan added.

Michelle Obama was centrally involved in the “Let’s Move” campaign from early in her husband’s first term.

In 2010, the White House Task Force on Childhood Obesity released a report, which included a list of recommendations to address the issue, such as setting nutritional standards for school foods. Other recommendations targeted sodium and sugar consumption, and outlined a ban on trans fats.

Furthermore, Wootan said Obama was able to to work cooperatively with big food companies; she also played a key role in persuading them to make changes “they did not want to do.” Such changes of heart include requiring added sugar labeling and the banning of trans fats.

“We are beginning to see encouraging changes -- obesity rates declining in preschool and a leveling off from two to six,” she said.

Wootan continued by noting there have not been any declines among teenagers; however, a number of the recommendations have not yet fully taken effect, including rules on school meals that are being phased in.

Parents play a key role in providing nutritious, healthy food, but they cannot be blamed entirely for obesity rates in children, Wootan believes.

Other people feed children in child care and school -- and while eating out at a restaurant -- where traditionally there are few, or no, healthy options on the kid’s menu. It is often a necessity because of time constraints, Wootan said.

This situation is changing, she said, in part because of the campaign: for example, some chain restaurants are dropping sodas from the kid’s menu.

“I think she’s been a key player in the obesity and nutrition movement -- the most visible first lady on this issue,” Wootan said.