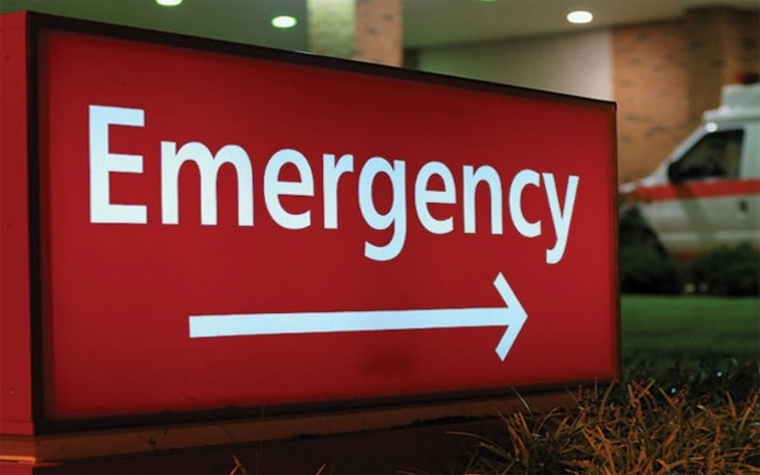 A group of physicians claims a health insurance giant is breaking the law by rolling out its policy of denying emergency care coverage for thousands of diagnoses.

Nearly 2,000 diagnoses on a list drawn up by Blue Cross Blue Shield, which the company designates as non-urgent, would not be covered if a patient goes to the emergency room for treatment, according to the American College of Emergency Physicians (ACEP).

The college claims the insurance company is breaking federal law because the policy clashes with the "prudent layperson standard," which was included as a rule in the Affordable Care Act. It is also the law in 30 states.

That standard states that if a person reasonably believes that they are suffering from an emergency and goes to the emergency room only to find it is much less serious, that visit should be covered.

Insurance companies have attempted to skirt the standard for years, according to physicians. Some patients on Medicaid have also been forced to pay out of pocket for emergency room visits.

Emergency physicians argue that Anthem, the largest for-profit insurer in the Blue Cross Blue Shield Association, goes beyond the bounds of the law. It is already policy in Virginia and Kentucky and is due to be extended to Missouri this summer.

Dr. Alison Haddock, a physician and chair of ACEP's state legislative committee, warned that this policy is a threat to patients because they cannot self-diagnose, but they may decide not to go to the emergency room for fear that the visit will not be covered.

"We are going to be working with our Missouri chapter and with insurance regulators, as well educating legislators and the public," Haddock told Patient Dailiy.

She added that there is nothing in the American Health Care Act specifically removing the prudent layperson standard, though ACEP is concerned that states will be allowed to strike emergency care from the list of essential health benefits.The organization opposes the AHCA.

Among the diagnoses included on the list is chest pain while breathing, which can be a life-threatening pulmonary embolism, the college said.

"Health plans have a long history of not paying for emergency care," Rebecca Parker, ACEP president, said in a statement. "For years, they have denied claims based on final diagnoses instead of symptoms."

"Emergency physicians successfully fought back against these policies, which are now part of federal law," Parker said. "Now, as health care reforms are being debated again, insurance companies are trying to reintroduce this practice."