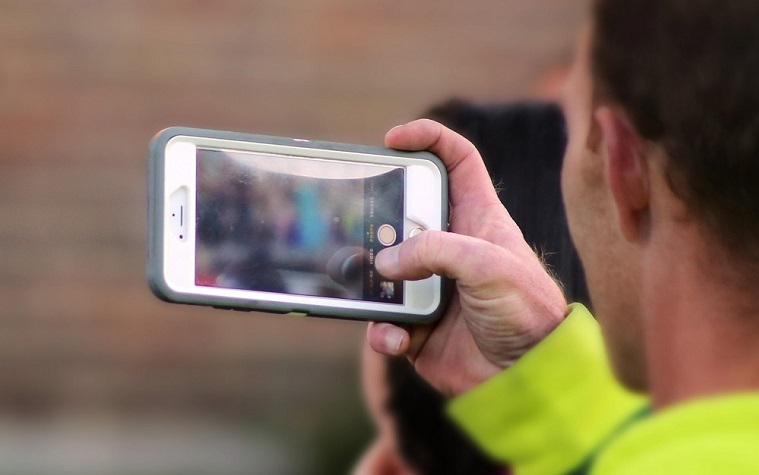 As of 2014, more than three-quarters of American physicians owned a smart phone. | File photo
Smart phones that help doctors communicate with other care providers, access important medical journals and update patient information and care can also be a hindrance, according to a recent article published by the American Medical Association that highlights the dangers and outlines steps for successful smart phone use in a health care provider environment.

The dangers are very real, Dr. Laura Vearrier, assistant clinical professor in the Department of Emergency Medicine at Drexel University College of Medicine explained to the American Medical Association Wire. She said she became interested in the use of smart phones and the distractions that they can cause after reading that texting while operating a vehicle makes drivers 23 times more likely to be in an accident.

The consequences are no less dire in the medical field, Vearrier explained. According to the report, as of 2014, more than three-quarters of American physicians owned a smart phone, and that number has likely increased since then.

“People look at their phones an average of 46 times a day. And what’s to say that health care providers are any different from anybody else on that score?” Vearrier told the American Medical Association Wire.

There can be serious consequence for that distraction, including the case of a resident who was interrupted by a friend’s text when she was entering an order to discontinue a patient’s blood thinner. Unfortunately, the resident failed to finish the order after responding to her friend’s text message, which eventually required open-heart surgery. Even though that is an extreme example of the dangers of distraction caused by smart phones, the concept that the distraction of the devices results in lower productivity and broken concentration is not new to science.

Vearrier suggests the following guidelines for use to best serve the interests of patients and health care professionals:

Be aware of the dangers
It’s easy to feel capable of multitasking, but the idea that humans can do more than one activity at a time is generally false. What happens is that the brain switches quickly from one activity to another, thus giving the illusion of doing multiple things at once. However, every interruption of the thought process increases the opportunity for error, thus repeatedly checking a smart phone when making diagnosis or ordering treatment can have serious consequences.

Talk to patients about smart phone usage
“We have to figure out a way to integrate these personal devices into our doctor-patient relationships and how to use these devices professionally,” Vearrier told the American Medical Association Wire. The solution isn’t simply to turn off the device or to leave it at home. With access to dosage calculators, textbooks, professional communications and more, there are definite benefits to smart phone use in a medical setting, but it’s important to communicate those uses and their benefits to patients.

Switch your phone to “work” mode
The key to responsible use of smart phones in the medical environment is part technology, part personal responsibility. One thing that providers can do immediately is to limit the distraction of non-work related applications and messages to friends and family. Simply switching the phone to vibrate is not enough, explained Vearrier, as the vibratory notification will still serve as a distraction. Setting up and using a phone’s “do not disturb” mode to suit the provider’s specific needs is the best solution.