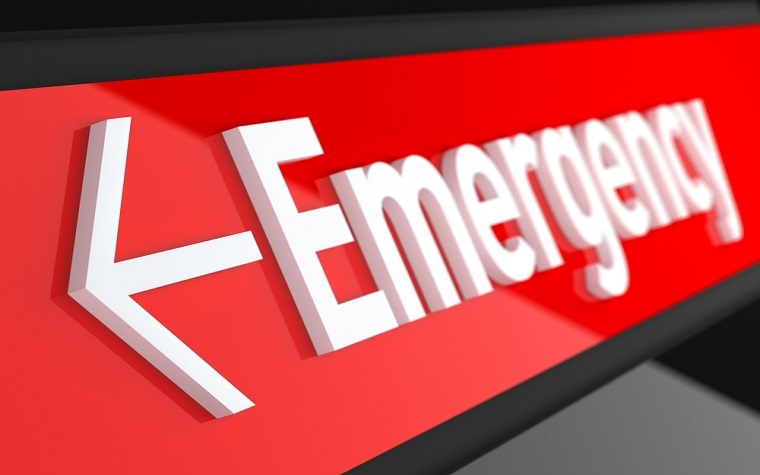 The majority of U.S. residents are paying higher insurance costs compared to last year. | Klenger/Shutterstock
Over half the people living in the United States pay more for their health insurance now than they did a year ago, with one in five paying “much more,” a new survey suggests.
The high cost of deductibles, which has increased by 40 percent over the last six years, is discouraging many people from visiting emergency rooms when they need care most, according to the physicians’ organization that commissioned the survey.
The cost of deductibles can be “extraordinary,” said Dr. Stephen Anderson, a practicing physician from Seattle who serves on the national board of the American College of Emergency Physicians (ACEP), which commissioned the survey.
High costs mean residents are putting off going to the emergency room for fear their condition turns out not to be serious and they have to pay out of pocket, Anderson told Patient Daily.
Emergency care is included in the essential benefits package of the Affordable Care Act, but Anderson argues that high-deductible plans effectively mean patients are taking more chances and deciding not to seek treatment for what might be a life-threatening condition.
According to the Centers for Disease Control and Prevention, the number of people enrolled in high-deductible health plans has increased by 40 percent in the last six years.
Many people “delay seeking emergency care” out of fear the insurance will not cover the visit, Anderson told Patient Daily.
Insurance companies are exploiting the federal law guaranteeing no one will be turned away from an emergency department, according to ACEP. They are shifting costs onto patients and medical providers, the physicians’ organization claims.
The poll, carried out by Morning Consult, found that 30 percent of consumers believe their health insurance coverage has gotten worse in the past year, compared to 15 percent who said it has gotten better.
One in four of the more than 2,000 people surveyed over three days last month said they have lost access to their doctors in the past year because those doctors were no longer in their insurance companies' networks.
Three in 10 said they have delayed or avoided emergency medical care in the past year for fear of associated costs.
Close to 20 percent said they have contacted or gone to urgent care centers or doctors' offices before being sent directly to an emergency department because they needed higher levels of care.
More than half (55 percent) said they are paying more for their insurance coverage, with one in five saying they are paying "much more."
"As a physician, it greatly concerns me that people are waiting until their medical conditions deteriorate to seek emergency care, which can have lifelong consequences," Dr. Jay Kaplan, ACEP president, said. "Insurance companies are misleading patients by selling so-called 'affordable' policies that cover very little until large deductibles are met, and the companies are blaming medical providers for charges. Many people don't realize this until they need medical care, and then they are shocked at how little their insurance pays."
ACEP is a national society representing those working in emergency medicine.