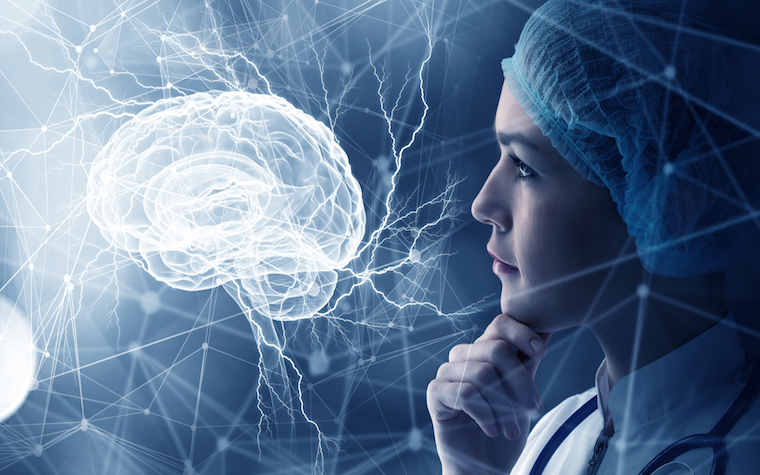 The latest brain research presents a trillion-dollar chance for the U.S. to improve health and prosperity. | Courtesy of Shutterstock

With millions of Americans suffering from a wide array of mental and neurological health conditions annually, the human costs are significant and so are those imposed on the nation’s economy.

“Public policies to support biopharma innovation related to mental and neurological health conditions should be considered not only as vital health policies, but also as important economic policies,” according to a new report from the Information Technology and Innovation Foundation (ITIF), which is recognized as a leading science and technology think tank. “If we could make more progress on biopharma innovation to diagnose, treat, cure and even prevent mental illnesses, the economic gains would vastly outweigh the research costs.”

Accordingly, the U.S. should promote both public and private research to better understand how mental disorders impact the human brain because such investments would help develop new pharmaceutical drugs and treatment methods, which in turn would have the potential to improve millions of lives and generate substantial growth for the U.S. economy, Adams Nager, an economic policy analyst at ITIF and coauthor of the report, recently told Patient Daily News.

Nager went on to say that the report tries to determine exactly what the economic impact is of millions of Americans with diseases like neurodegenerative diseases, psychiatric disorders and autism.

Due to such astronomical costs, “research and development (R&D) into mental health conditions and brain functions hold promise not just for reducing human suffering, but also for increasing U.S. GDP,” according to the report.

Nager and coauthor Robert Atkinson, who is founder and president of ITIF, offered the following recommendations in their report.

First, government and business funding for mental health R&D need to be viewed as an investment that will potentially result in significant society economic return. Thus, policymakers should expand funding to the National Institutes of Health (NIH) and ensure that a portion goes to the National Institute for Mental Health to support expanding scientific research; and Congress should double research support for mental health and fund the BRAIN Initiative with at least $1 billion per year.

Next, given the considerable economic benefits from biopharma innovation related to mental disorders, regulated drug pricing policies are likely to lead to lower rates of GDP growth. It would be more advantageous for the U.S. economy, for instance, if drug companies were allowed to reap large profits from drug prices because of the related technological progress that would be made when those companies then invested big money in drug R&D.

Thirdly, in order to support more industry investment in biopharma research focused on mental disorders, Congress should seek to make the U.S. tax code friendlier toward research. For example, it should expand the Alternative Simplified R&D tax credit from 14 percent to at least 20 percent. And Congress also should consider allowing biopharma companies to bring foreign source profits back to the U.S. at a lower rate of taxation if such funds are used for R&D on mental and neurological health conditions.

Nager pointed out that there has been some legislation to try and force health care providers to recognize mental health treatments as legitimate expenses, but researchers are still partly hampered by the fact that they can’t locate the precise place in the brain to pinpoint the causes of a lot of mental health disorders.

“That makes diagnoses very tricky,” Nager said. “Right now we do not have the technology to scan someone’s brain and say, ‘Oh yes, you are suffering from this specific illness.’ Instead we’re kind of left trying to treat symptoms and diagnose based on the symptoms that someone is experiencing. This is a much more risky and ad hoc proposition.”

Mental health treatment is also an issue, he said.

“A lot of people don’t seek it,” Nager said. “A lot of people on treatment don’t like it. People who are in these conditions are often not able to care for themselves or are not able to make decisions like staying on their medications because of the nature of their disorders or diseases.”

Another area in which he said mental health is shoved to the side is research spending.

“Spending by the NIH on mental health is a very low percentage of what we should be spending, in our opinion, to find out what these diseases actually do and how to assess them.”