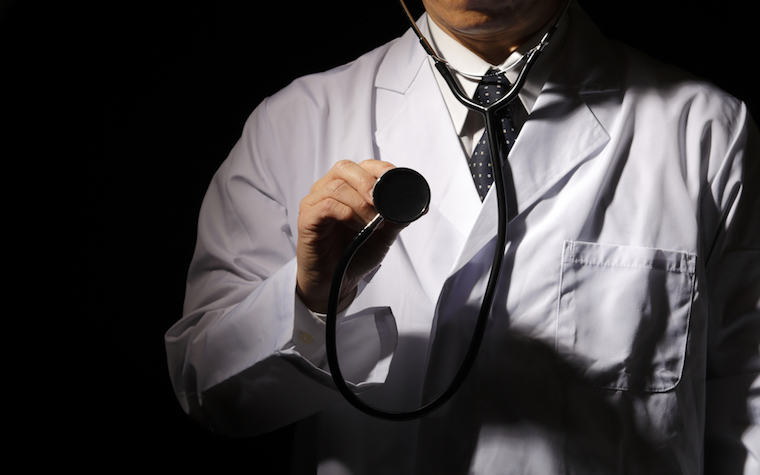 Medical device CEO expresses his dissatisfaction with, and concern over, the prosecutorial misconduct in a recent federal case against him. | Courtesy of Shutterstock

A five-year legal battle against the federal government may have ended in a win for Howard Root, CEO of Vascular Solutions, this past February, but the victory came at a steep price -- $25 million spent on 121 lawyers at 14 law firms.

As CEO of the Minneapolis-based medical device company, Root faced up to four years in prison after the Food and Drug Administration (FDA) filed a criminal lawsuit against Root, claiming that his company encouraged its sales reps to promote “off-label” use of the Vari-Lase Short Kit, a medical device approved by the FDA to treat varicose veins. This made up 0.1 percent of the company’s total sales.

Since his acquittal, Root has been outspoken about the unethical conduct of federal prosecutors handling the case.

“One of our products is a treatment for varicose veins,” Root recently told Patient Daily. “One version of (the product) was what this whole lawsuit was about.”

A disgruntled former sales employee filed a civil complaint against the company with the U.S. attorney’s office in San Antonio, alleging numerous offenses in the $20 million claim.  Under the law, the former employee stood to receive 20 percent of whatever money the government could “recover” from Vascular Solutions.

The U.S. attorney’s office turned the complaint into a criminal investigation, and because of the Yates Memo -- which makes the targeting of high-ranking executives a priority in cases involving allegations of corporate wrongdoing -- Root was eventually indicted.

“Any investigation on a corporation turns into a criminal investigation for individuals,” Root said. “So, from there, they went on for five years with all kinds of gory details of how they threatened the employees, threatened me, just massively escalated the case to the point where we had to hire 121 lawyers -- and, in all, spent $25 million.”

Root said the government’s case “fell apart,” and the company rested without calling a single witness. Any attempt to recover his losses is fruitless because in order to recover any money from the government for “malicious prosecution,” a company must have a net worth of less than $7 million.

“We were fortunate because we were a big enough company to survive this,” Root said. “We’ve done quite well, even without the $25 million. But there are a lot of other companies that wouldn’t be able to do that.”

Hoping to spare other companies from such an ordeal, Root has been contacting senators to try to get them to open an investigation into the handling of the case by the government.

“Sen. (Charles) Grassley in Iowa, he was the only who would pick it up, and Sen. Klobuchar, whom I’ve known since the 80s, would not pick it up, would not get involved,” Root said. “But Sen. Grassley did and he sent a letter to the Department of Justice asking for an explanation of their prosecutorial conduct in this case.”

Grassley (R-IA) and Mike Lee (R-UT), who are members of the Senate Judiciary Committee, sent a letter to Deputy Attorney General Sally Yates on May 19 requesting an explanation for the “questionable actions of federal prosecutors” involved in the criminal case against Vascular Solutions.

“(Grassley) asked them to respond by June 2; the DOJ has not responded yet,” Root said. “So they are now three weeks late. I don’t know when they are going to end up actually having a response.”

The Yates Memo, issued on Sept. 9, 2015, established six new policy directives to help the Department of Justice hold individuals involved in corporate misconduct accountable for wrongdoing. Such directives would be in addition to fines and sanctions against a corporation.

“Even though this isn’t an allegation that I did anything wrong, what they say, for me as a CEO, is that I am a responsible corporate officer,” Root said. “So, in their theory, if salesperson says the wrong word to a doctor, even about a legally sold product, then I am criminally responsible for that and would go to prison.”

Had he lost the case, Root would have spent at least three years in federal prison, without any chance of parole.

"So, that would have been a minimum sentence of three years, and I’d be excluded from health care forever and removed from the company I started,” he said. “And the whole allegation wasn’t that I did something wrong or told someone to do something wrong: they claimed that a sales rep said the wrong word to a doctor and they claim that was a crime. It turns out that it wasn’t a crime at all.”

In actuality, no crime was committed, according to Root. But the government misinterpreted the approvals and regulations and pursued the case relentlessly anyway.

“That is what the Department of Justice (DOJ) wants to do -- they want to go get individuals and throw them in prison because they consider that justice,” he said. “If you go back 20 years ago, this isn’t just an Obama administration DOJ problem; this has been a problem of the DOJ for a long time that has gotten much, much worse because prosecutors are in charge of persecuting and not justice, and so they are incentivized to get convictions.”

The DOJ offered Root’s company a plea deal: if the company pleaded guilty to the crimes, Root would pay a fine and avoid prison.

“I would pay any money to get out of a problem trying to (avoid going) to prison,” Root said. “But then we would have to fire three employees, discipline two others. And by fire that would also exclude the people from health care so they could never work again in health care. So, you are going to throw employees under the bus just to get out of the way of the Department of Justice?”

Root said 90 percent of criminal defendants are convicted because they cave under pressure and plead guilty.

“I call it legal extortion: that is what they do,” he said. “Legal extortion used to be about money, and then it was about compliance. Now it is legal extortion to throw people under the bus in order for the company to survive. It is legal for them to do it, but it is not ethical.”

Big companies often sacrifice someone to save the company for the benefit of the shareholders. In smaller companies, peers will give up another employee they don’t like in order to save their own skin, he said.

Several other companies are going to court to fighting federal allegations, as well.

In October, Carl Reichel, former president of Warner Chilcott’s pharmaceutical unit, was indicted by a grand jury on a charge of conspiring to pay kickbacks to health care providers between 2009 and 2011.

According to court documents, prosecutors said Reichel told the company’s sales team to influence doctors into prescribing Warner Chilcott drugs by taking them to expensive dinners and paying them to give medical-education speeches to other doctors -- speeches prosecutors claim had very little to do with medicine and were more like social events than anything else.

Although Reichel pleaded not guilty, the company pleaded guilty to a criminal charge of health care fraud, agreeing to pay $125 million to resolve the matter.

In April 2015, a federal grand jury indicted both men for allegedly conspiring to market a medical device for a use not approved by the FDA and conspiring to commit securities fraud by not disclosing the alleged conduct to Johnson & Johnson, who acquired Acclarent for $785 million in 2010.

Facteau and Fabian have pleaded not guilty.

“Here is the problem if we get down to it this way,” Root said. “Look, last year the awards they give in the Department of Justice, 280-some awards to individuals that (U.S. Attorney General) Loretta Lynch hands out to the Department of Justice employees. Each one of those awards is for a conviction or a huge settlement. There is not a single ‘exoneration of the year’ award. So, they are not interested in justice -- they are not rewarding justice.”

Root said he looked at other medical companies comparable in size to Vascular Solutions and discovered that the CEO is under criminal investigation in 10 percent of the cases.

“You can’t tell me that 10 percent of the CEOs of medical device companies are felons -- that is just impossible to believe,” he said. “And what the answer is in the government’s eyes: everyone is a felon, and it is a question of whom they want to go after.”

Root believes he is one of the fortunate ones because the jury saw that the prosecution’s allegations were baseless.

The story of Root and Vascular Solutions is now being featured at FacesofLawsuitAbuse.org, a project of the U.S. Chamber Institute for Legal Reform. That video features former U.S. Attorney General Michael Mukasey, who "sees the Howard Root story as a harbinger of a newly aggressive government prosecution strategy – one that is troubling."

"Simply an urge to have bodies swinging from lamp posts isn’t a very edifying way for the justice department to proceed," said Mukasey.