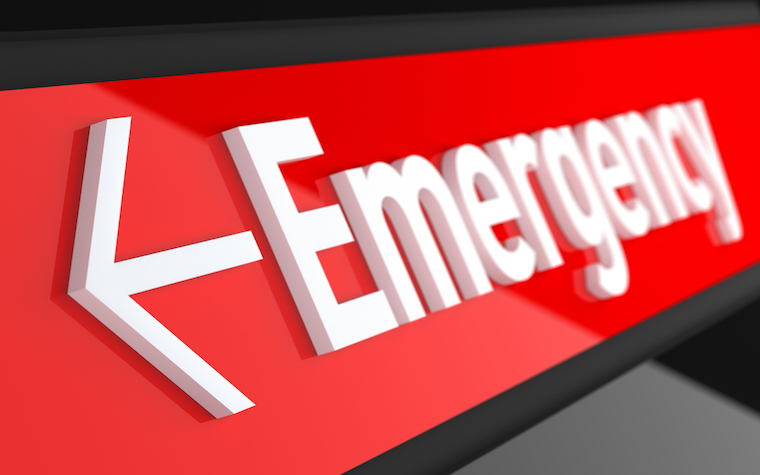 The federal government is facing a lawsuit that alleges insurers have been treating doctors and patients unfairly in emergency care situations. | Courtesy of Shutterstock

Problems with insurance companies shortchanging care providers and patients in the aftermath of the Affordable Care Act has led one physicians' association to file a lawsuit against the federal government, seeking a remedy to the regulatory environment members claim is tilted in favor of insurers.

The American College of Emergency Physicians (ACEP) has been at odds with insurance companies over the way insurers shortchange doctors and patients by offering very little coverage that barely covers the cost of care in many cases.

“With the Affordable Care Act, the push was to get more consumers covered by insurance,” Howard Croft, former president of the American College of Emergency Physicians, recently told Patient Daily. “One of the major problems is that consumers are choosing plans that have huge deductibles. So, when they would go see a provider, they were left with these really big bills that weren’t anticipated. So they felt like they were being blindsided.”

That has led to many patients foregoing or delaying care, he said.

“I saw a patient just recently that came in with a heart attack, and the patient was not being followed,” Croft said. “He stopped going to his cardiologist and stopped taking some of his medications because he said he simply couldn’t afford them.”

Complicating the issue further is the fact that patients can’t choose when or where they have an emergency and need to seek emergency care, often needing to go to the nearest health care facility -- which could be an out-of-network provider -- resulting in even higher bills for patients.

Emergency care coverage has become so problematic that ACEP has taken legal action against the federal government over a regulation hindering emergency physicians from receiving reasonable reimbursement for services provided to patients who are out-of-network.

According to the lawsuit filed in federal court on May 12, the regulation from the Centers for Medicare and Medicaid Services (CMS) gives insurers the ability to determine how much physicians are paid for emergency out-of-network services without providing any data to verify the amount.

“In 2010, CMS released a final ruling that went over patient protections and went over out-of-network payments to emergency physicians as well as preexisting conditions,” Croft said. “What they released is something saying that it was OK for insurance companies to pay out-of-network services based on what they called the ‘greatest of three’ options.”

Based on the rule, insurers are required to pay the greatest of the insurer’s in-network amount; the usual, customary and reasonable (UCR) amount; or the Medicare amount.

The problem, ACEP contended in the suit, is that insurers “have historically understated and prevented public verification of the UCR amounts.”

ACEP has fought to do away with the “greatest of three” rule since 2010. This lawsuit is the latest and boldest move by the organization to end the practice of insurers offering very little reimbursement -- which barely covers the cost of care.

“The issue we have with this methodology is that it leaves a black box the insurance companies control,” Croft said. “None of that stuff is transparent; there is no third-party oversight on what they are determining is their reimbursement rates. And so, not only the deductibles are hitting patients, but also a lot of the insurance companies are reimbursing at pretty much ridiculous rates and the patients are getting balance bills as well.”

Croft said a better way to determine rates would be to assign the task to a third party.

“So, in other words, you really have to take it out of the company’s hands,” he said. “You can’t just leave it as a black box space where they can determine what they wish -- particularly for emergency patients. That is really not right or fair. The patients are really the ones being blindsided.”

It is also very evident that the insurance companies are not adequately educating their enrollees as to what is covered and what is not, Croft stated.

He added that the ACEP has been fighting the “greatest of three” regulation for years, and the lack of guidance from the government has left the organization with little choice but to sue the federal government.

“Essentially what is going on is we’ve had numerous meetings with federal officials, and we’ve submitted comments and guidance voices our concerns with the rule of the 'greatest of three' and the inability to balance bill patients,” Croft said. “We have really received little or no response from CMS leadership. This has been going on since 2010.”

Croft said the lawsuit is basically asking for reconsideration of the regulation.

“The honest answer is that we see patients all the time -- we don’t turn anybody away,” he said. “And with that in mind, we feel it is not fair for the insurance companies to have carte blanche to reimburse whatever they feel is appropriate for out-of-network services. It is not fair to the patients at all.”

Croft believes that, with more and more insurance companies merging, the voices of many physicians are being overshadowed.