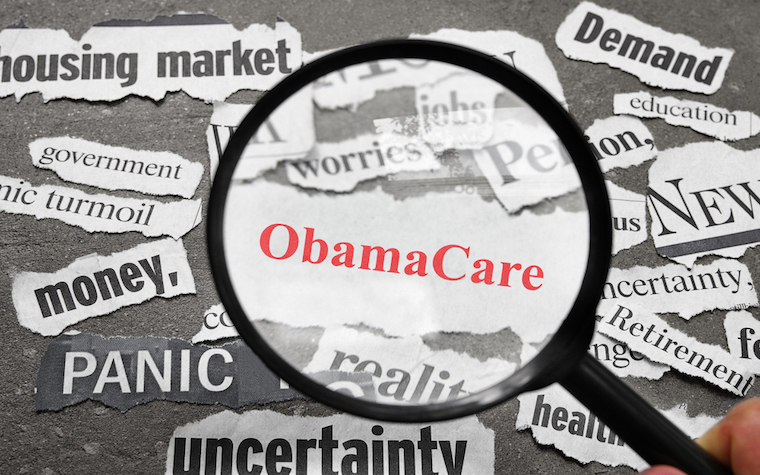 Treato has found that many consumers still think their needs are not being met by health insurance providers via Obamacare online health exchanges. | Courtesy of Shutterstock

Many consumers still think their needs are not being met by health insurance providers via Obamacare online health exchanges -- particularly regarding cancer -- according to data analysis by Treato, a health care insights company.

“Through this data analysis, it becomes clear that many consumers, especially those affected by cancer, are unhappy with their Obamacare coverage,” Allyson Noonan, Treato’s media relations manager, recently told Patient Daily.

Treato is an online portal that automatically collects, indexes and analyzes content generated by millions of patients and caregivers to produce a source of online consumer insights on health care. This month, the company found that when discussing Obamacare online, consumers discussed cancer 2.5 times more frequently than any other health condition, principally breast, lung and colon cancers.

And specific to cancer, there is plenty of information that consumers found challenging, Noonan said.

“For example, many online discussions analyzed recently by Treato were about the challenges of deciphering insurance rules in order to get the coverage patients desired, as well as confusion about subsidies, exclusions, inclusions and copays,” she said. “Many patients discussed that Medicare and Medicaid are simpler to access and easier to understand.”

Noonan added that this Treato data analysis only examined conversations happening about Obamacare, also known as the Affordable Care Act (ACA), specific to cancer because cancer is the most frequently discussed condition in online patient forums.

In fact, she said online discussions about Obamacare are often skewed negatively among cancer patients, although those that were positive expressed gratitude for aspects of their coverage, including affordability, accessibility of coverage for patients with preexisting conditions, the inclusion of preventative screenings and the removal of lifetime limits on coverage.

In outlining those criticisms, she said that conversations regarding the downside of Obamacare’s cancer coverage generally fell into two categories: dissatisfaction with current coverage and frustration with the lack of plan options from which to select.

The strongest criticisms were about women needing access to more preventative screenings and more coverage for conditions such as breast cancer, as well as complaints that Obamacare is more beneficial for lower-income patients who are getting “free” coverage, she said.

Other Obamacare criticisms focused on patients who are paying more out of pocket for less extensive cancer coverage; there is insufficient coverage for the elderly, especially end-of-life care; and ACA changes have caused patients to lose access to what they thought were great treatment plans and doctors.

Going forward, the Treato analysis shows there exists “an opportunity for insurance providers participating in state exchanges to improve their customer service through education,” Noonan said.

For this data analysis, Treato analyzed more than 32,000 Obamacare-related online discussions across more than 90 health forums.