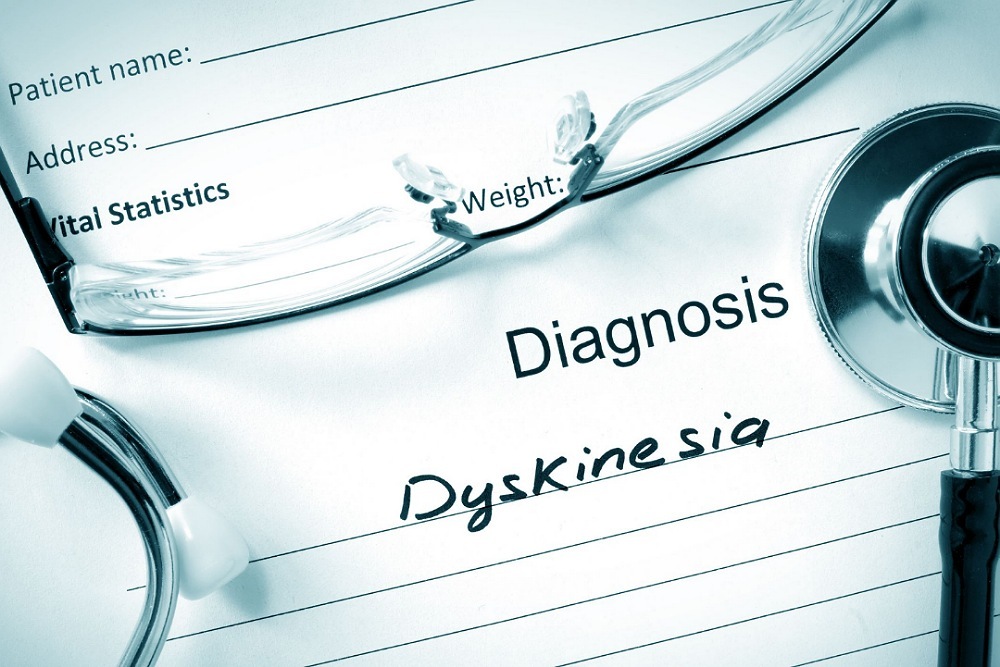 VistaGen Therapeutics (NASDAQ: VTGN), a clinical-stage biopharmaceutical company developing new generation medicines for central nervous system (CNS) diseases and disorders with high unmet medical need, today announced that its Investigational New Drug (IND) application for AV-101, the Company's oral NMDAR (N-methyl-D-aspartate receptor) glycine site antagonist, as a potential treatment of dyskinesia in patients with Parkinson's disease receiving levodopa-based therapy has been cleared by the U.S. Food and Drug Administration (FDA). The FDA's IND clearance permits VistaGen to proceed with Phase 2 clinical development of AV-101 in this indication. The Company also announced that the U.S. Patent and Trademark Office (USPTO) has issued a Notice of Allowance for U.S. Patent Application 16/003,816 related to therapeutic use of AV-101 for treatment of dyskinesia induced by the administration of levodopa. The patent, once issued, will be in effect until at least 2034.

"Current drug treatment options for levodopa-induced dyskinesia, or LID, may cause serious side effects, including hallucinations and sedation. In all clinical studies to date, AV-101 has not been associated with any psychotomimetic side effects or drug-related serious adverse events. With its exceptional safety profile, recently successful preclinical studies in the leading primate model for LID, and the successful Phase 1b NMDAR target engagement clinical study conducted by Baylor College of Medicine in healthy volunteer U.S. military Veterans, we are excited by AV-101's potential as a novel therapy for LID," said Shawn Singh, Chief Executive Officer of VistaGen. "These are important milestones for our AV-101 program, both a key regulatory advance and expanded commercial protection for AV-101 in the U.S. market."

AV-101 Preclinical Data in LID
In November 2019, at the 7th International Conference on Parkinson's and Movement Disorders in London, Dr. Thérèse Di Paolo, Professor in the Faculty of Pharmacy at Laval University and among the world's leading researchers focused on Parkinson's disease and LID, presented preclinical data involving AV-101 in the "gold standard" MPTP non-human primate model for reproducing motor complications of Parkinson's disease, including dyskinesia observed in Parkinson's disease patients treated with levodopa. In the MPTP primate model, the antidyskinetic activity of AV-101 compared favorably with prior observations with amantadine in parkinsonian monkeys. However, better than amantadine, with its known side effects (in humans with Parkinson's disease and in parkinsonian monkeys), no adverse effects with AV-101 were observed. In the study, AV-101's efficacy against LID was measured through behavioral scores on a dyskinesia scale, and a parkinsonian disability scale was used to measure levodopa antiparkinsonian efficacy. Importantly, this study demonstrated that AV-101 significantly (p = 0.01) reduced LID without affecting the timing, extent, or duration of the therapeutic benefits of levodopa.

Dyskinesia in patients with Parkinson's disease receiving levodopa-based therapy is a disorder that is characterized by unpredictable, involuntary and purposeless movements after continuous long-term use (often longer than five years). Although clinical manifestations of LID are heterogenous, these motor complications tend to become more severe as a patient's Parkinson's disease progresses and as the duration of levodopa treatment is extended, until the impact of LID may compromise the advantage of treatment with levodopa. Once LID develops, Parkinson's disease patients treated with levodopa may be faced with a choice between immobility due to untreated and uncontrolled Parkinson's disease, or mobility with the associated dyskinesia.

About AV-101
AV-101 (4-Cl-KYN) belongs to a new generation of investigational medicines in neuropsychiatry and neurology known as NMDAR (N-methyl-D-aspartate receptor) modulators. The NMDAR is a pivotal receptor in the brain and abnormal NMDAR function is associated with numerous CNS diseases and disorders. AV-101 is an oral prodrug of 7-chloro-kynurenic acid (7-Cl-KYNA), a potent and selective full antagonist of the glycine site of the NMDAR. With its exceptional side effect and safety profile in all studies to date (no psychological side effects or safety concerns similar to those that may be caused by amantadine and ketamine), AV-101 has potential to be a new oral, at-home, non-sedating treatment for multiple large market CNS indications where current treatments are inadequate to meet high unmet patient needs. The FDA has granted Fast Track designation for development of AV-101 as both a potential adjunctive treatment for MDD and as a non-opioid treatment for neuropathic pain.

About VistaGen
VistaGen Therapeutics is a clinical-stage biopharmaceutical company developing new generation medicines for CNS diseases and disorders where current treatments are inadequate, resulting in high unmet need. VistaGen's pipeline is focused on clinical-stage CNS drug candidates with a differentiated mechanism of action, an exceptional safety profile in all clinical studies to date, and therapeutic potential in multiple large and growing CNS markets.