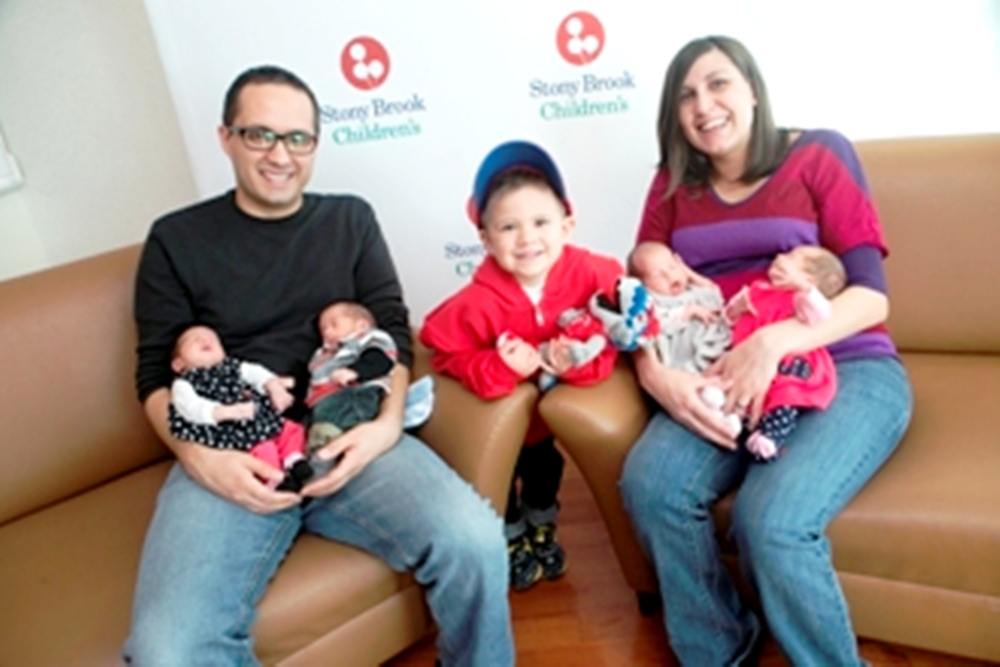 On Halloween, Linda and Chris Astefanous of Centereach, New York, and their son, Gavin, received a special treat when quadruplets Brandon, Natalie Ann, Abigail and Charlotte were born at Stony Brook Children’s Hospital, where the couple had undergone an intrauterine insemination (IUI) procedure.

IUI differs from in vitro fertilization in that IUI involves direct insertion of sperm into the uterus during ovulation to avoid any mishaps en route through the vagina and cervix. Hence, the Astefanous’ multiple conception resulted by chance, a Stony Brook release said.

“I almost fell off the table,” Linda Astefanous said, while Chris said, “It definitely floored us when we found out we were having four. It's amazing that all four took when typically only one in three eggs lead to viable fetuses,” according to the release.

Linda had been assigned to Dr. James Bernasko, Stony Brook Medicine’s maternal fetal medicine director, who confirmed that the pregnancy was relatively free of complications. She had given birth at just over 33 weeks.

“The babies’ health and Linda's health … are huge blessings,” Chris said in the release. “In quadruplet pregnancies, only very few go as well as this one did. This Thanksgiving, more than others, we have so much to be thankful for in the present. More than ever, this holiday season, we’re going to have that joy of looking forward to all the things to come.”