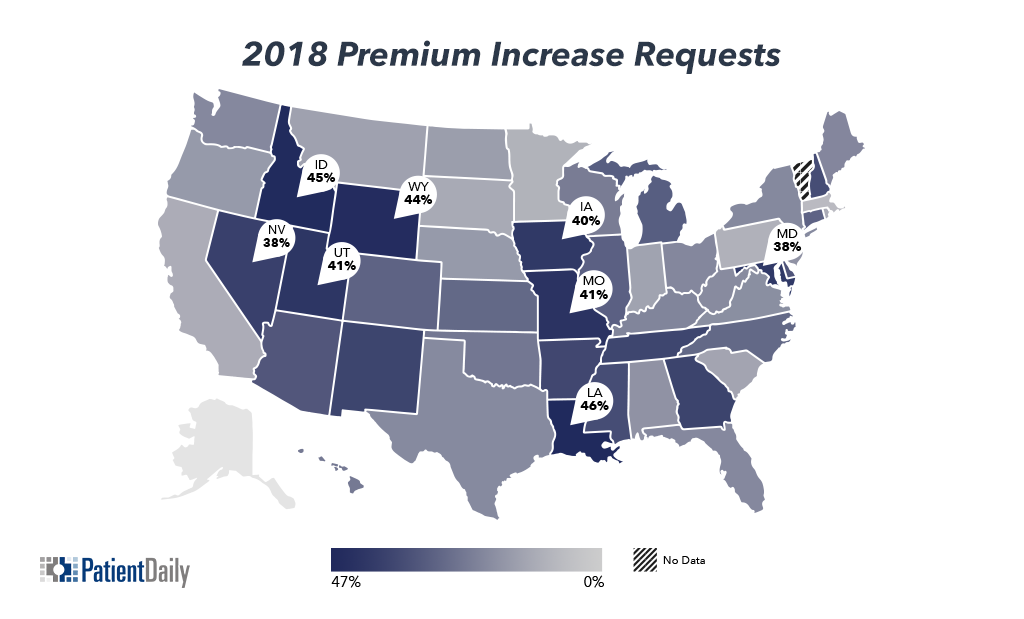 As the deadline nears for state regulators to announce final individual marketplace health insurance premium rates, opponents of the Affordable Care Act are stepping up the call for its overhaul.

For example, Idaho, Wyoming, Louisiana, Iowa, Missouri and Utah are all requesting premium increases above 40 percent.

While most of those increases will be absorbed by federal subsidies, one lawmaker said he believes individuals will be paying much more of the cost of their premiums.

Rep. Ralph Abraham (R-LA), said Louisiana is looking at increases of over 40 percent, but he added that this is replicated across the nation.

"If we do not do something as a Congress to address the ACA, this will continue," Abraham told Patient Daily.

Abraham disputed claims that most of those buying health insurance in exchanges will not see premium costs rise because they will be covered by federal subsidies, including those under cost sharing reduction (CSR).

Under CSR, insurance companies are given money as an incentive to offer plans, including more comprehensive ones, to low-income individuals.

Insurance companies, as they calculate how much of an increase to propose, report that the uncertainty over whether the CSR will continue has factored into their decision making.

But Abraham argues the country cannot afford to continue to pay insurance companies. He claimed the cost is $15 billion now and will rise to $100 billion a year. However, most reports put the figure at $7 billion to $8 billion.

"The ACA is not working and if we do not do something it could be down to a third of the country (those buying on the individual marketplace) who have coverage," Abraham said.

With Congress reconvening, health care reform is back on the agenda, with the most talked measure being a repeal bill proposed by Sens. Lindsey Graham (R-SC) and Bill Cassidy (R-LA). President Donald Trump already has said he will sign the bill if it crosses his desk.

But Abraham, while broadly supporting the efforts by the two senators and others, said he is skeptical that the bill will be supported by enough Democrats.

And he made clear that the House Republican bill published some months ago will be dusted off and brought back on the table if it does move forward. Then, he said, some type of bicameral solution might be found through conference negotiations.

In Iowa, the debate over exchange coverage is pressing, particularly as there is only one company offering individual plans in the state.

That has prompted the state to request a change of rules to introduce a stop-gap measure that would essentially allow individuals off-exchange to buy directly from insurance companies but maintain the benefits, and subsidies, of the exchanges.

It is designed to head off the potential that thousands will simply drop their insurance rather than pay much higher premium prices. The Centers for Medicare and Medicaid (CMS) has yet to rule on the request.

Rep. Rod Blum (R-IA), with other members of the Iowa delegation, signed and sent a letter of support to Secretary of Health and Human Services Tom Price  and CMS Administrator Seema Verma "urging timely consideration of the state's proposed stopgap measure."

"An individual marketplace with only one option, which has rising premiums, is not a sustainable solution for Iowans seeking to purchase health insurance," Blum told Patient Daily.

Iowa is expecting premium increases of over 40 percent.