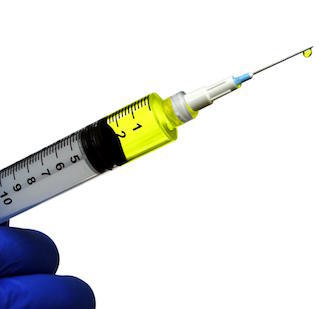 Scientists at the National Institute of Allergy and Infectious Diseases (NIAID) have moved closer to developing a reliable vaccine for a mosquito-borne virus that causes fever, rash and joint and muscle pain in infected patients in Europe, Asia and Africa.

Known as the chikungunya virus, the illness was first identified in East Africa more than half a century ago where it spread from primates to humans. The U.S. Centers for Disease Control says the disease has spread to the Caribbean, bringing it closer to the U.S.

A double-blind study in the U.S. will include 180 subjects from Iowa City, Iowa; Houston; and Atlanta who will be injected with either a placebo or a low or high dose of the potential vaccine, called MV-CHIKV. Overseeing the study is Dr. Patricia Winokur, a faculty member at the University of Iowa Carver College of Medicine. Follow-ups will be conducted over the next year to assess the drug’s efficacy.

Developed in Austria, the MV-CHIKV vaccine is undergoing tests in Europe to establish efficacy. Dr. Anthony Fauci, director of the NIAID, said in an NIAID press release that joint pain from the condition can linger for months.

“A vaccine to prevent infection with this virus would be of considerable benefit to people living in the more than 60 countries where chikungunya transmission has occurred, as well as travelers to those countries,” Fauci said in the release.