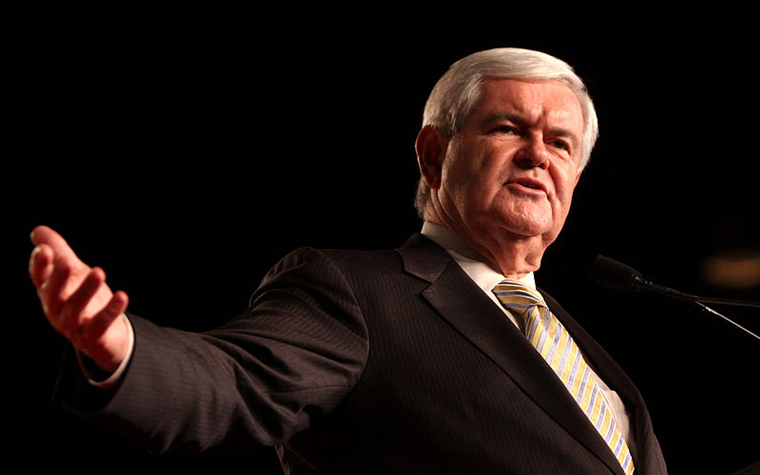 Newt Gingrich has formed a bipartisan partnership to raise awareness and support for those suffering from mental illness and addiction. | Gage Skidmore / Wikimedia Commons
The national focus on health care has shifted from ways to improve the Affordable Care Act (ACA) to ways to replace it since the Nov. 8 election of President-elect Donald Trump.

The promise to provide Americans relief from rising health insurance premiums and narrowing provider networks was at the forefront of Trump’s campaign. Now, the stage is set for a renewed focus on health care reform across the board.

For key political figures counseling the President-elect, such as former Speaker of the House Newt Gingrich, this will require exploring realistic options for health care reform that not only reduce the cost to Americans, but also encourage innovative solutions for addressing broader public health issues.

“Right now, we must take advantage of this opportunity to make concrete changes in health care by addressing the issues with Obamacare that are hurting Americans, such as high premium increases, limited insurance plan options and burdensome employer regulations,” Gingrich told Patient Daily. “In developing the right replacement for Obamacare, we must focus on lowering consumer costs and protecting the quality health care coverage that Americans expect.”

The details of Trump’s plans for the nation’s health care system are still unknown, but his nominee for Secretary of Health and Human Services, Rep. Tom Price (R-GA),has laid out his plan that includes a path to repeal and replace Obamacare. During his time in Congress, Price has also shared his belief that consumers should be empowered through choice and competition rather than strong government intervention.

“Tom Price has the right experience and has put a great deal of thought into how best to improve our nation’s health care system. He is the right leader for the job,” Gingrich said.

Gingrich is hoping lawmakers and the new administration will hone in on ways to not only revitalize the nation’s health care system, but also support those suffering from under-recognized diseases such as mental illness. Recently, the former Speaker’s efforts have been geared toward the need for more attention to and effective treatment for mental health.

Gingrich has formed a bipartisan partnership with Rep. Patrick Kennedy (D-RI) to raise awareness and support for those suffering from mental illness and addiction.

“We wouldn’t question if a patient came in to see their doctor for symptoms related to heart disease or diabetes and the same should be said for mental illness," Gingrich said. "Unfortunately, treatment for mental health is often restricted because it is not viewed as a serious disease and we need to do more to eliminate this different standard."

Looking to the future, Gingrich believes the next four years will bring a complete restructuring and retooling of the country’s health care system and that voters will hold the government accountable for ensuring Americans have access to affordable and quality health care.

“In 2017, people can expect a new president, a new Congress and new changes to the country’s health care system, as well as policies that will aim to improve health options for millions of Americans,” Gingrich said. “It has never been more important for our country’s leadership to come together and strengthen all areas of health care than now.”