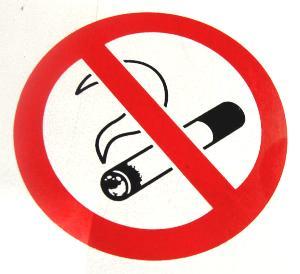 The ordinances both help the smoker cut down on smoking and helps those around the smoker experience less secondhand smoke. | File image
The Texas cities of Weslaco and Donna joined other cities prohibiting smoking in enclosed workplaces and other public areas to improve the health and well-being of the communities.

“Weslaco and Donna join other Rio Grande Valley cities such as Pharr and Harlingen to protect the health and safety of all workers and residents,” Charlie Gagen, American Cancer Society Cancer Action Network grassroots manager, said. “We applaud the leadership of Weslaco Mayor David Suarez, Donna Mayor Irene Muñoz and their respective city commissions. This is a big and important step toward improving the health of citizens in their communities and throughout the region.”

The ordinances both help the smoker cut down on smoking and helps those around the smoker experience less secondhand smoke, which can be equally dangerous. Secondhand smoke contains over 7,000 chemicals; at least 69 of them are considered to be carcinogens. It can cause lung cancer, heart disease, bronchitis, low birth weight and sudden infant death syndrome, according to the U.S. Surgeon General.

The city commissions and residents of Weslaco and Donna, along with the American Cancer Society Cancer Action Network, American Heart Association, and Hidalgo County Tobacco Prevention & Control Coalition joined together to pass the ordinances.