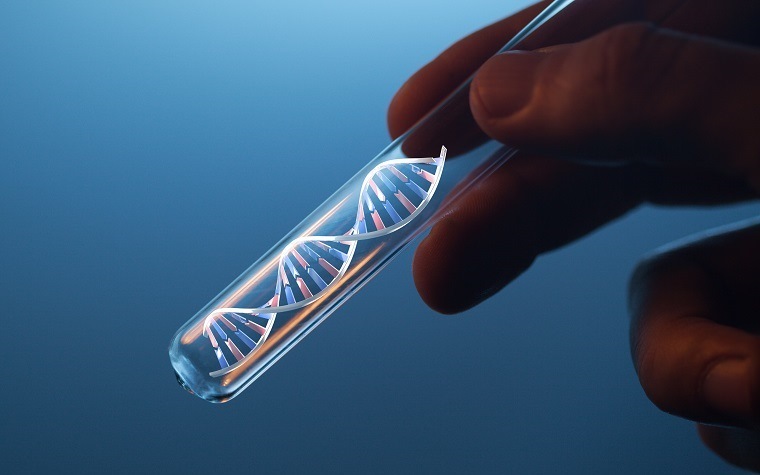 Health economist expresses concern over accuracy claim of 'opioid risk' test | Chepko Danil Vitalevich / Shutterstock
The national opioid addiction epidemic has caused many physicians to shy away from prescribing opioid pain pills to their patients and driven some to consider using genetic testing to detect a gene that may predispose patients to opioid addiction.

Proove Biosciences, a southern California company, claims its “opioid risk” test can predict which patients will misuse or become addicted to opioids with 93 percent accuracy. Though unproven, Proove has reportedly recruited 400 doctors over the past five years who have relied on the test as a guide to treat over 100,000 patients.

Furthermore, since the federal government decided in November not to proceed with its plan to regulate certain medical tests that had led to patients being mistakenly diagnosed with illnesses and undergoing unnecessary treatments, companies like Proove can continue to market such tests and avoid the regulatory loophole.

Proove states on its website that its test “provides a genetic profile of the brain’s mesolimbic reward system to inform a physician whether a patient is genetically at higher risk for the tolerance, dependence or misuse of prescription narcotic pain medications.”

Devon Herrick, senior fellow at the National Center for Policy Analysis, said he can see how a genetic test could be a benefit to some patients -- yet finds the company’s accuracy claim hard to believe.

“Addiction has many facets,” Herrick told Patient Daily. “There may be a genetic predisposition, but there is also a personality aspect, risk aversion, environment, etc. A patient with chronic pain would be at greater risk of addiction, all else being equal, simply because of constant use.”

According to Proove, its opioid risk genetic test is the “only test available” that can screen for the risk factors for the misuse of long-term opioid therapy.

Herrick said the benefits of genetic testing are probably greatest for young individuals with chronic pain who have other alternatives.

“A cancer patient with only 6 months left to live can be addicted to pain meds and it's not a problem,” Herrick said. “If a 30-year-old worker's comp claimant becomes addicted, the social cost is much greater. The individual might never re-engage in the workforce; could lose future jobs and slip further into addiction and drug-seeking behavior.”

Opioids are a class of drugs that includes prescription pain relievers oxycodone, hydrocodone, codeine, morphine, fentanyl and others, as well as the illicit drug heroin.

The report also indicated that 259 million prescriptions were written for opioids in 2012 -- “more than enough to give every American adult their own bottle of pills.”

The quest to solve the opioid addiction epidemic has led to the success of companies like Proove; however, the U.S. Food and Drug Administration (FDA) has warned that inaccuracies can result in improper diagnoses and treatments.

By withdrawing its proposed guidelines for laboratory-developed tests, the Obama administration has left the decision up to the Trump administration and the new Congress to determine how to address such testing, if at all.

Herrick -- who has written several papers on ways to fight opioid abuse -- believes closely monitoring patients who use opioids would make a difference.

“Within the Medicare program, a 'lock-in' arrangement where people who are found or thought to be doctor shopping and abusing opioids could be locked-in to one doctor for pain meds, one ER for pain problems and one pharmacy for pain meds,” he said. “Opioids could not be obtained anywhere else.”

What would also help, Herrick said, is a system in which controlled substances are required to pass through a mandatory “e-prescribing system.”

“This is where a state-federal database is used to track opioids and patients using them, as well as the doctors and pharmacies authorizing and dispensing them,” Herrick said. “The doctor would prescribe electronically; the pharmacy would confirm electronically; while the state DEA database would be touched at each point to confirm the patient is not filling scripts from other doctors.”