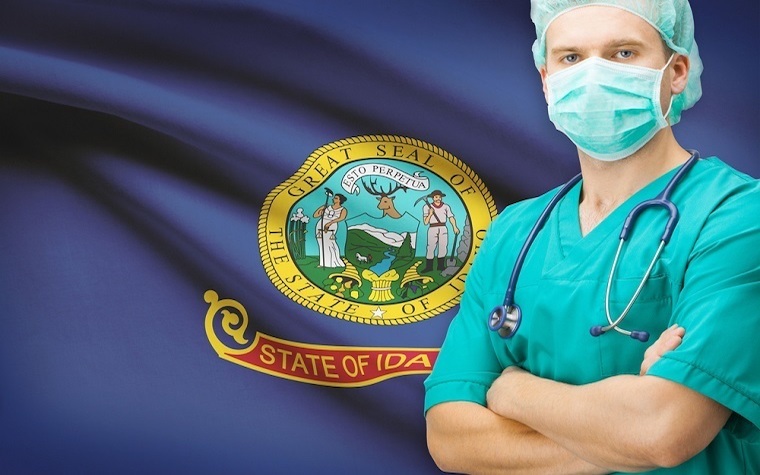 States' substantial control of health policy highlighted by project | Courtesy of Shutterstock
Health care policy and practice go far beyond what is crafted at the federal level, or solely through the lens of insurance prices and plans, according to the co-author of a new state-by-state comparative study.

Robert Graboyes, a health care scholar and senior research fellow at the George Mason University Mercatus Center, has believed for some time that framing the discussion entirely in terms of federal policy and insurance is wrong.

Graboyes, along with co-authors Darcy Bryan and Jared Rhoads, began working on their Health Openness and Access Project — comparing and ranking the delivery of services in the states — around 18 months ago.

Their goal was to show that states have “substantial control of health policy, and not solely or principally in the area of insurance reform,” according to the projects.

“It came really from a belief that, since World War Two, America has been talking about health care reform on the assumption everything happens on a federal level, and mostly to do with insurance,” Graboyes told Patient Daily. “My argument is that it happens at state level and has very little to do with insurance, and more to do with how it is delivered.”

The authors looked at the flexibility both patients and provides have, and they found a wide variety among the states — with some open, others less so. The authors stated some of how they measured the delivery in states was subjective.

Graboyes said one of the more surprising findings arising from the project was the lack of correlation between red states and free market approaches to delivering health care.

“You might have assumed the red state would be more free market, but that is not necessarily so,” he said. “The general trend was that mountain states tend to more open than, say, New York and New Jersey, but it is all over the map — with Georgia at the bottom of the scale.

Idaho topped the list because it was high up in terms of free market, flexibility and limited regulation in all 10 sub-indexes.

“The flexibility allows doctors and hospitals to structure their businesses without excessive restrictions, recognizes other states medical licenses, and does not need a certificate of need for equipment,” Graboyes said.

The authors did look at insurance. Some states have “dozens and dozens of mandates,” according to Graboyes, while others go no further than what is absolutely required under the Affordable Care Act. Mandates limit insurance companies' ability to compete on price, he added.

Apart from Idaho, Montana, Missouri, Mississippi and Utah completed the top five by the project’s standards, with Georgia propping up the bottom, followed by New York, New Jersey, Connecticut and Rhode Island.

“States have (and should have) substantial control over the delivery of health care — and not solely or principally in the area of insurance reform,” the authors said in their summary. “To make maximum use of state powers in improving care, it is vital to have a basis for comparison — to see what works in other states.”

These rankings provide state-by-state measures of the “flexibility and discretion that patients and providers have in managing health and health care.”