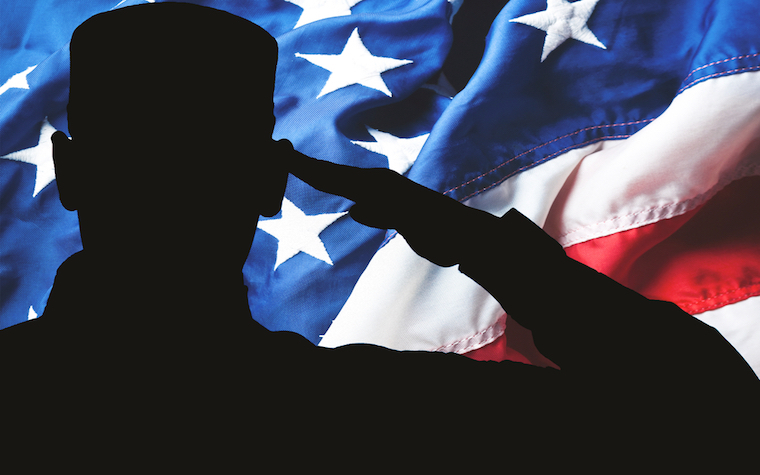 Psychiatrist counts 'moral injury' among veterans' greatest struggles | Courtesy of Shutterstock
On Veterans Day, the nation honors Americans who displayed courage in the face of trauma, something that results in profound challenges for them, even the veterans who may not satisfy criteria for clinical PTSD, according to one psychiatrist.

The National Alliance on Mental Illness (NAMI) recently noted that many veterans who don’t fulfill all the clinical conditions required for a diagnosis of PTSD still suffer from what Dr. Jonathan Shay has termed “moral injury.”

Shay, who specializes in treating victims of severe combat trauma, believes the clinical definition excludes instances of soldiers forced to process and come to terms with experiences of violence in the complex context of war.

“There is a betrayal of what’s right by someone who holds legitimate authority in a high-stakes situation,” he said of moral injury.

The Veterans Administration’s National Center for PTSD has acknowledged that moral injuries can result from “direct participation in acts of combat, such as killing or harming others, or indirect acts, such as witnessing death or dying, failing to prevent immoral acts of others, or giving or receiving orders that are perceived (as) gross moral violations.”

The consequence of witnessing or experiencing these actions often includes guilt, shame, anxiety and anger. Pulitzer Prize-winning reporter David Wood has written about the phenomenon, as well, stating that “moral injury is the enduring if hidden signature wound of our most recent, and longest, wars.”

NAMI called on Americans Nov. 11 to rally around our service men and women and commit to supporting continued research for treatment.

“It’s time for us to serve the men and women who have served our country,” according to a NAMI statement on its website.