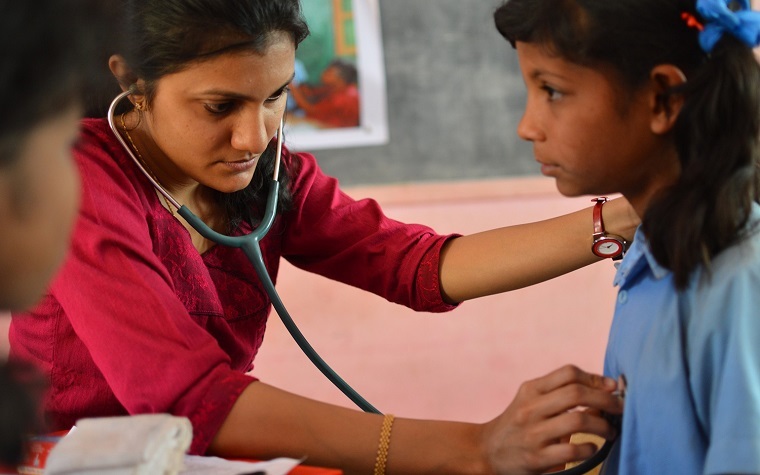 Members of the AHA recently celebrated the advances in children’s health brought by the recent House child nutrition bill. | Courtesy of Shutterstock
The American Heart Association (AHA) recently released a statement after the House Education and Workforce Committee marked up the “Improving Child Nutrition and Education Act of 2016.”

According to the AHA, this bill requires significant changes before it can represent major progress for the health of children throughout the U.S.

“The House deserves a grade of ‘F’ for failing our nation’s children by taking a significant step backwards from the progress we’ve made to improve the nutritional content of food served in schools,” Nancy Brown, CEO of the AHA, said. “The House bill -- unlike the Senate’s counterpart -- fails to preserve the strong, science-based nutrition standards for school meals that are now being met by more than 98 percent of schools nationwide.”

However, there is still much more work that needs to be done to protect American children’s health.

“Despite this remarkable success, the House bill contains language that curbs efforts to increase whole grains being served in schools and blocks future sodium reductions altogether,” Brown said. “Kids are consuming too much sodium, making them more likely to develop high blood pressure earlier in life that could eventually lead to heart disease, stroke and other chronic health issues. The agreement in the Senate bill, on the other hand, responsibly allows sodium reduction to move forward with a two-year extension on the next target and keeps target three on track for the 2022 school year.”

“We had hoped to see this sensible compromise in the House bill; but, unfortunately, the committee inexplicably did away with standards that help keep foods with more whole grains and less salt on kids’ plates,” Brown said. “In addition to shelving the nutrition standards, the bill guts the Fresh Fruit and Vegetable Program.”

This legislation could impact more children than some may expect.

“Finally, this bill would make it more difficult for schools to help feed our most vulnerable children as part of the Community Eligibility Program,” Brown said. “This popular program currently benefits 8.5 million school children in low-income neighborhoods, while reducing the administrative burden on schools. By bumping up the threshold to qualify for the program, thousands of children at 7,700 participating schools would be at risk of losing what is for some, the only healthy meal they get during the day.”

The AHA encourages both the House and Congress to make additional changes to the bill.