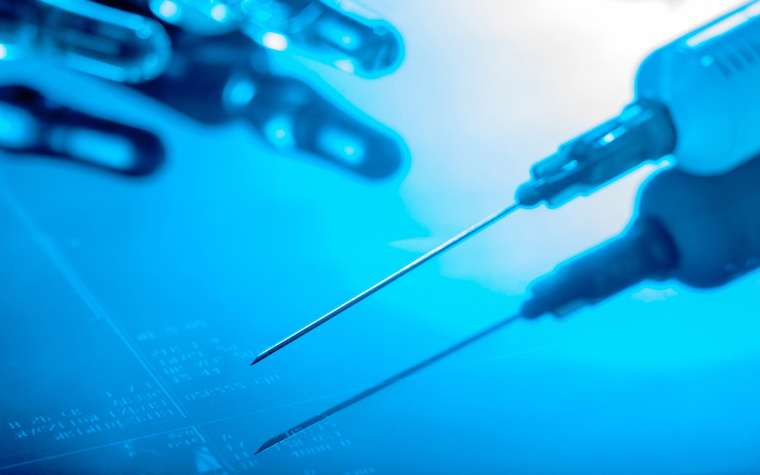 Parker Institute dream teams have been formed to speed up the development of sophisticated immunotherapies. | Courtesy of Shutterstock

The goal of the Parker Institute for Cancer Immunotherapy (PICI) is to accelerate the development of cutting-edge immune therapies capable of turning cancer into a curable disease by ensuring the collaboration of the field’s top researchers and quickly converting their findings into patient treatments.

“Immunotherapy is one of the most important medical advances of our time, and the first approach with the potential to generate long-lasting regressions for all types and stages of cancer," Jennifer Haslip, vice president of communications at the Parker Institute, recently told Patient Daily. "It is a fundamentally new, breakthrough technology tool in the fight against cancer -- it harnesses the body’s own powerful immune system to mobilize its highly refined disease-fighting arsenal to engage and eliminate the cancer cells."

In the last four decades, the U.S. alone has spent more than $300 billion on cancer research, Haslip said, yet each year there are 14 million new cancer cases and 8.2 million cancer deaths worldwide.

“We have not made enough progress," she said. "Traditional therapies may extend lives, but the responses are often not durable -- the disease progresses or recurs, often very quickly, and few lives are ultimately saved."

More than 40 laboratories -- and roughly 300 researchers and immunologists from these centers -- are part of the network that, through a unique agreement, will immediately share all intellectual property. Each PICI research center will receive comprehensive funding and access to dedicated research, clinical resources and technologies to speed up the development in cancer immunotherapy.

“The Parker Institute is a scientist-first model that addresses many of the challenges -- including funding constraints, research silos, intellectual property barriers and limited access to key technologies -- that slow down scientific progress," Haslip said. "The institute unites … the research programs, intellectual property licensing, data collection and clinical trials across multiple centers under the umbrella of a single nonprofit biomedical research organization."

“Audacious ideas are welcomed because we know they can lead to the drugs that transform lives," Haslip said. "Highly innovative projects can bubble up from a single researcher or lab, or a trial or study can start at one center and then grow across our network."

For example, during the PICI’s first retreat, the institute’s T-cell therapy team was discussing individual biologic and biochemical pathways that might be modified to enhance T-cell activity once the cells are injected into a patient, she said.

Sean Parker, cofounder of the file-sharing site Napster and the institute’s major funder, “pointed out that we may never be able to 'pick' the right gene or molecule, even if we have some idea of which pathways matter," Haslip said. "This led to the 'American Pharaoh' approach -- let the cells compete, and once there is a winner from this evolutionary process, determine why. There are now several individual projects devoted to robust genetic screens that we anticipate will generate multiple new targets for T-cell therapy enhancements."

As another example, during the institute’s most recent retreat, held in late April, leading experts studying the human microbiome shared that the presence or absence of specific bacteria in a person’s gut may influence whether patients respond to immunotherapies.

“We are now building a team around this concept, who will in turn build a program to study this further and put these insights to work on behalf of patients,” Haslip said.

The PICI teams are focused on a research agenda in three key areas and will be working toward implementing projects across all three this year.

The first is its best-in-class T-cell team called Team A, which has undertaken a new effort to develop the most effective T-cell therapies. Haslip said Team A will exploit the advances pioneered by several of the institute’s renowned researchers to expand the curative successes already realized with T-cell therapies in cancers of the blood to all other types of cancer, especially in solid tumors -- such as pancreatic or liver cancers.

“To achieve this, we will rapidly test new technologies, such as gene editing, to enhance the efficacy of the killer T cells in the clinic,” she said. “If we are successful, we may be able to rapidly build an arsenal of off-the-shelf cell therapies to treat these deadly diseases.”

“We already know that a new class of drugs that target the brakes of the immune system, termed checkpoints, can have dramatic effects in a subset of patients and are now approved by the FDA for the treatment of patients with advanced melanoma, lung and kidney cancers who have failed standard therapies,” Haslip said. “This team will dissect why the drugs don’t work in everyone and, based on deep analyses, determine which additional drugs that target other brakes and gas pedals might be combined to enable the immune system to wipe out the tumor.”

Last up is Team C, a group of approximately 20 investigators focused on tumor antigen discovery and vaccine efforts. These scientists collaborate with technology companies to develop robust approaches to identify proteins within tumor cells that can be used to initiate an immune response -- targeting cancers that the immune system can see and react to.

“We’ve just recently been able to do this by using the latest rapid gene sequencing technologies that are part of what is being called 'precision oncology,'” Haslip said. “This effort will provide the initial 'leads' needed to fuel the development of powerful new anti-cancer vaccines and T-cell therapies for numerous cancers, including many of those that have so far been difficult to tackle with immunotherapy. We imagine a world where a vaccine would be developed for one or more tumor types that, like the polio or smallpox vaccine, would protect an individual from ever developing that particular cancer.”

She added that if the teams are able to achieve even some of the PICI's goals, they would have a meaningful, positive impact on the immunotherapy revolution.

“Our vision is a world in 10 years where cancers can be routinely treated using immunotherapies,” Haslip said. “We are not just another cancer charity: our model aims to change what has been business as usual for so long, what has led to incremental advances versus the treatment revolution we need.”