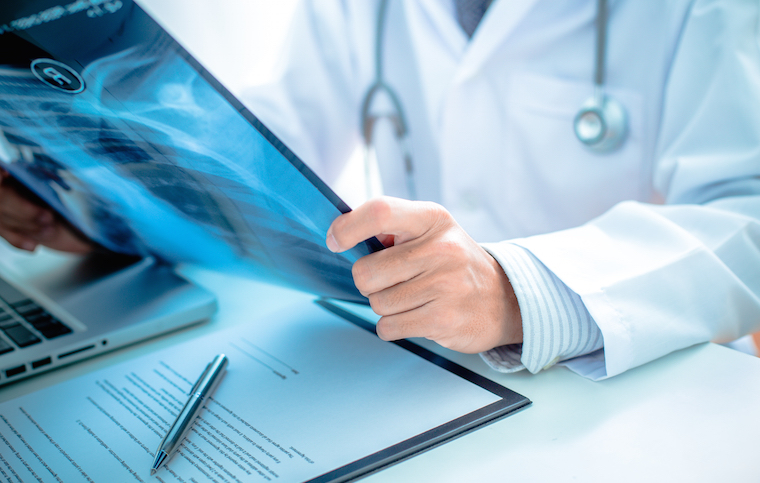 While there is no cure for cystic fibrosis (CF), there is hope in treatment.

Lisa Yourman, an advocate for cystic fibrosis research, recently spoke with Patient Daily about the current treatment advancements for CF, funding for research and the tribulations of health care.

Yourman is the coalition chair of Action CF, a group that pushes for public awareness of the genetic disease, and provides the tools necessary to advocate for pharmaceutical access issues and research.

Yourman, however, is much more than a figurehead in advocating for cystic fibrosis research. She is also a mother of a daughter and son who were both diagnosed with the disease. Thanks to available treatment, her children are living normal, active and fulfilling lives.

The treatments would not be possible without research that has made remarkable progress in the past 30 years, with increasingly more companies finding ways to target CF and treat it.

“With the new medication, it’s directly targeting the mutation of the patient,” Yourman said. “So over the course of the last 30 years now…[prior] to 1989, there really wasn’t any advancement in cystic fibrosis. It was the same old same old. In 1989, they found the gene that supposedly controlled cystic fibrosis, and over the last 25 to 26 years, they found that it’s not only one gene placement but there are over 2,000 different mutations that can cause cystic fibrosis in many different ways. They have them laid out in classes. So there is class 1, class 2, class 3, class 4, etc. And each class, depending on the patient, [they can get] targeted medication that targets that specific mutation class.”

CF is caused by a defect in a protein that controls and regulates fluid flow within cells, and affects the components of sweat, digestive fluids and mucus. Drugs are being developed that target mutations on that gene, known as cystic fibrosis transmembrane conductance regulator (CFTR).

“So if you have a drug like Kalydeco that targets patients that have a [G551D] mutation, and then you have Orkambi, which is the new one that was released in July, it targets the most common mutation, D508," Yourman said. "As a parent, I am still waiting for a drug that is going to make a direct impact as it relates to their [her children's] mutation."

But the progress has been slow.

“Let’s go back a bit,” Yourman said. “In 1993, there was a drug that came out from Genentech, which was called Pulmozyne. And what Pulmozyne did was that it thins out the sticky mucus in the lungs. And then in 2003, there was a medication called 'Tobi' and that’s an inhaled antibiotic. [Tobi] targeted the bacteria that built up in the lungs. And then better respiratory vests came out. They did a study on hypertonic saline, which was readily available, but they found that in some patients it helps and in other patients it might not help."

The success of each new treatment is dependent on individual patients' situations.

"They came out with other inhaled antibiotics that went directly from the nebulizer right into the lungs to target the bacteria," Yourman said. "And now, there are these specialized medications that have been out for two years. It has been slow but [treatments have] been able to [make] people live longer, healthier lives.”

The slow development of CF-targeted drugs is due to funding. Researchers need to seek funds from a variety of organizations, and even then, the research is not guaranteed to be successful.

“Some of the studies are funded by the National Institute of Health, and there is funding from Cystic Fibrosis Foundation,” Yourman said. “I know of a drug that is in research. They’re trying to get it funded. They know it works. They’re trying to get funding and they’re having difficulty getting it. It’s kind of the same thing in the pharmaceutical industry. You have to get the funding in order to bring in new drugs to market. And that’s why the costs are so high. You can have Phase One trials with fantastic results but as it moves along it may make it to market and it may not.”

Developing medication and treatment is expensive: Once a medication has successfully entered the market, companies have to handle promotion and the overall costs of running the business. They face a struggle between maintaining profits and making enough to fund research for new drugs. Putting a cap on drug prices hinders innovation, Yourman said.

“If you’re putting cap controls on the price of drugs and say you can only charge X amount of money and it just meets your bottom line, then there is not going to be any room left for innovation," she said. "It’s really taking away free market. It is basically saying, ‘We, the government, are going to control how much you charge.’ It’s like hindering a private business from doing business.”

When discussing policies created to help patients pay for prescription drugs, Yourman wants politicians to clarify their position. Some patients have several prescription drugs on top of their various monthly bills. Yourman uses a hypothetical college student as an example.

“If you are just graduating from college, how can you afford to even pay?" she asked. "You are not only going to pay to survive but you also have to pay your college loans [on top of the prescriptions].”

Yourman wants health care policies and politicians to be specific in their plans for coverage and answer questions such as: How much? Which medications? And will the plan cover just one prescription or all of a patient’s medication?

More importantly, Yourman believes that the government should step in to help patients get access to good care instead of focusing on capping drug costs.

“It’s all really about access -- access to great doctors, great hospitals, great medication, good insurance, because people can’t afford the co-pays or the high deductible that are in the marketplace right now," she said. "They are out of control. If someone said to me you have a $10,000 out-of-pocket deductible, where am I going to get the $10,000 from? It’s going to break you.”

Yourman believes that research is still important, though, even if the cost of medication is too high. She urges everyone to keep going and keep fighting.

“The way we are going now with drug development, we are pretty close," she said. "We are pretty close. Don’t stop the train from moving forward because we will end up back to where we were 30 years ago when there was nothing. And it’s just not enough yet.”