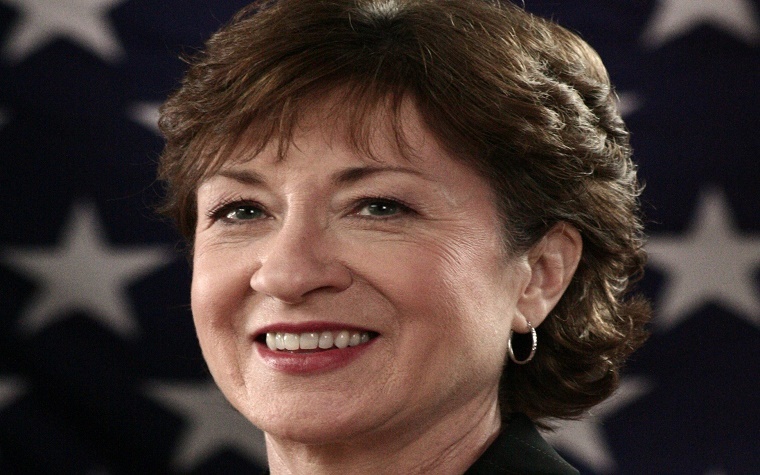 Contributed photo
U.S. Sen. Susan Collins (R-ME) took to the Senate floor on Thursday to show her support for the Mental Health Reform Act of 2015.

“Roseburg, Newtown, Aurora, Virginia Tech, the Navy Yard – these mass shootings are examples of tragedies that our country has experienced far too often," Collins said. "The common thread that runs through all of these acts of violence is untreated or undertreated serious mental illness. The shootings in Roseburg should serve as a wakeup call that it is time, indeed it is past time, for a comprehensive overhaul of America’s mental health system.”

"Passage of this comprehensive, bipartisan legislation would help to jump-start the much-needed conversation in this country about how to better help people living with severe mental illness and to help their loved ones," Collins said.

The entire text of Collins' remarks can be accessed online at www.collins.senate.gov/public/index.cfm/2015/10/senator-collins-speaks-from-the-senate-floor-to-urge....

Collins has represented Maine in the U.S. Senate since 1997. Born in Caribou, Maine, in 1952. Collins was educated at St. Lawrence University and serves on the following committees: Senate Committee on Appropriations, Select Committee on Intelligence, Special Committee on Aging and the Committee on Health, Education, Labor and Pensions.