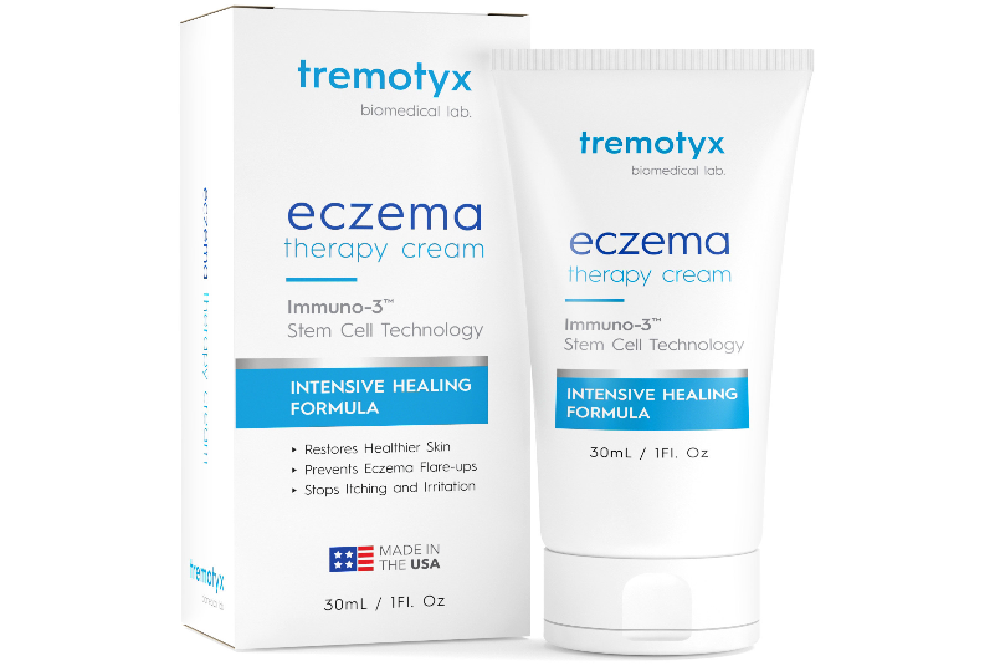 Millions of Americans with eczema will have a new over-the-counter (OTC) treatment available when Tremotyx Biomedical Lab's new aloe vera-based treatment hits the market. Just approved for OTC use in the U.S. market, this cream differs from other aloe vera treatments with its unique formulation, which includes stem cells from the plant.

After an expanded study of the product's effectiveness for treating eczema (atopic dermatitis) produced positive results, Tremotyx has been approved for OTC use. Clinical trials in the U.S. also demonstrated the steroid-free cream's effectiveness at treating the chronic skin condition.

Matthew Browning, M.D., an assistant professor of pediatrics and dermatology at the Glendale College of Medicine, took part in the trials. He said, "The results have been very positive. The use of plant stem cells is making a difference in treating skin diseases."

In the product's clinical trials, patients applied the new cream twice a day for 60 days. With the cream, patients used a special bubble bath at least three times per week. After 60 days, 78.9 percent of the patients reported reduced redness and improved skin texture, while 73.7 percent of them noticed an improvement in irritation and pain in the affected areas.

Patients experienced no adverse events during the study, reported the doctors involved in the clinical trials. Furthermore, the study determined that Tremotyx cream was generally well-tolerated and safe to use on people of all ages from two years and up.

Tremotyx cream has been available on the German and Polish markets since 2017. Due to market distribution restrictions, however, Americans and Canadians have not had access to the product until its final FDA approval.

With one out of five Americans suffering from eczema, according to the National Eczema Society, the development team had been eager to get their product out on the market. As Brett Grady, Tremotyx Lab's head of North American Commercial said, "It has taken a long time, but it is just so rewarding to know that we can finally help those who have been struggling with atopic dermatitis."

Grady points out that this new cream differs from other creams on the market because it works at the cellular level to clear active outbreaks and prevent flareups. Most patients, he said, notice results within 24 hours. Many of them experience total relief within a few days, he said.

Patients can order the cream now through the company's website. "Spring is the perfect time to release this product," Grady says. With summer just around the corner, Grady explains, people whose flareups are triggered by heat can stop flareups in their tracks.

With the product's rollout, the company plans to include both a 100 percent money-back guarantee, as well as access to Tremotyx's skincare specialists, who will answer patients' questions and offer expert support.