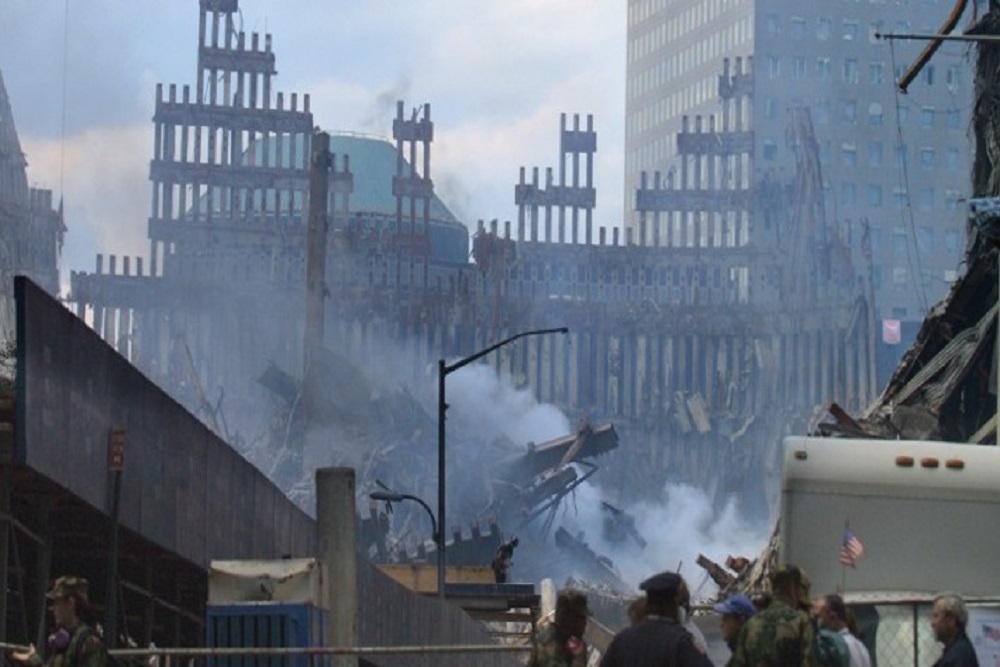 American Cancer Society- Cincinnati issued the following announcement on May 2.

Two studies examine whether exposure to chemicals from the wreckage of the World Trade Center during rescue and recovery work after the September 11, 2001 attacks increased firefighters’ risk of developing cancer. One study suggests there may be a link between WTC firefighters and a disease that can be a precursor for multiple myeloma, a type of blood cancer. The other study estimates that more WTC firefighters will go on to develop certain types of cancer than would be expected if they had not been exposed to Ground Zero. The studies were published April 26, 2018 in JAMA Oncology, along with an editorial written by Otis W. Brawley, MD, MACP, American Cancer Society Chief Medical Officer.

Previous studies have suggested that exposure to carcinogens and poisons contained in the dust and smoke in the wreckage of the World Trade Center raised the risk of cancer for people who worked at the site, some of them for months. However, a definite link between exposure and cancer is difficult to establish.

Brawley wrote, “The WTC attack is an emotional subject. Cancer is also an emotional subject. There is a tendency to want to blame something for every diagnosed cancer. We often attribute cancer to some environmental exposure. When these WTC heroes are diagnosed as having a cancer, even a cancer common in the population, there is a natural tendency to assume it is due to their service at the WTC. We do justice to and honor these men and women by working hard to find the truth and determine the illnesses that are associated with their service.”

In one study, researchers from New York found that some New York City firefighters exposed to the 9/11 WTC disaster site faced an increased risk for developing monoclonal gammopathy of uncertain significance (MGUS). MGUS is a blood disorder that causes no problems in most people, but sometimes progresses into multiple myeloma.

Among the 781 firefighters in the trial, 16 were diagnosed with multiple myeloma between September 12, 2001 and July 1, 2017. Their average age at diagnosis was 57, compared with an average age at diagnosis of 69 in the general population. The study authors conclude that exposure to chemicals at the WTC disaster site may be linked with MGUS and may be a risk factor for the development of multiple myeloma at an earlier-than-average age. They acknowledge the study has limitations.

In his editorial, Brawley writes, “In noting the differences, one must appreciate that the firefighting profession is documented to be associated with a higher risk of MGUS and multiple myeloma compared with that of the general population. This study comparing firefighters with people from a general population tends to show a higher than true relative risk. It would be preferable to compare the WTC-exposed firefighters with an intensively screened age-matched cohort of firefighters from another big city.”

Brawley also points out that firefighters in the study were tested more frequently than the average person, and more testing is associated with more diagnoses.

The other study estimates how many WTC-related cancer cases might be diagnosed among NY WTC-exposed firefighters between January 1, 2012 and December 31, 2031. Researchers from New York looked at 12,374 white, male rescue and recovery workers who worked at the site at any time between September 11, 2001 and July 25, 2002. Men accounted for 97% of the workers, and 87% of them were white.

The study authors estimate the workers included in the study may have a higher than normal rate of cancer with 2,714 new cancer diagnoses over the 20-year period, compared with 2,596 that would be predicted for a similar group of people who were not exposed to the WTC work site. The authors calculated that the 20-year cost for first-year cancer treatment would total almost $236 million.

The analysis suggests the exposed group may have a higher risk of developing prostate cancers, thyroid cancers, and melanoma skin cancers, but fewer lung, colorectal, and kidney cancers.