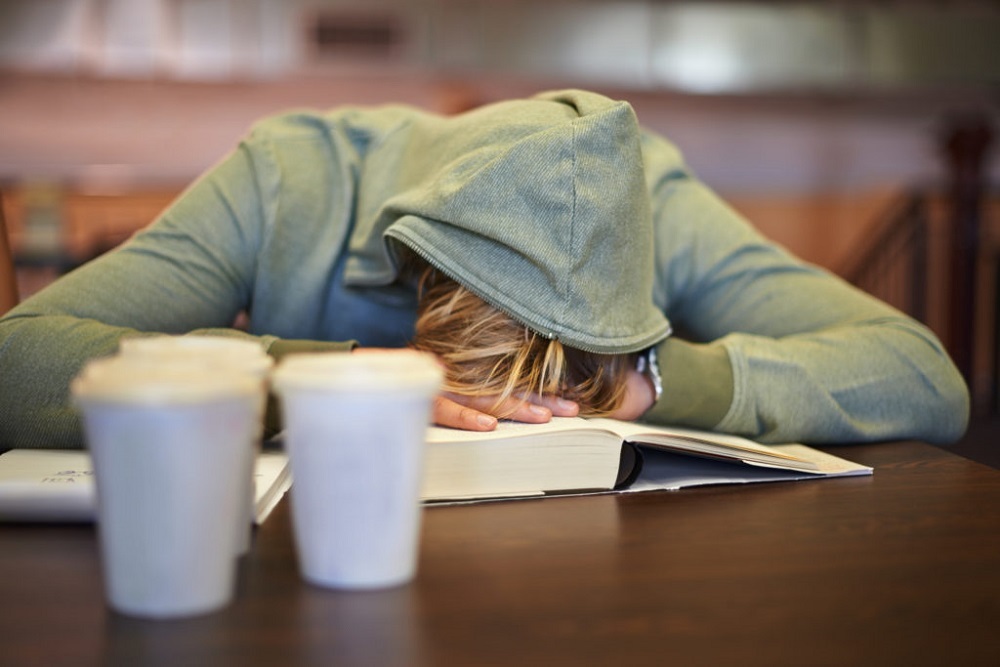 Many of us have the best intentions when it comes to eating right.

But sometimes, intentions aren’t enough to keep away from that candy bar that comes calling in the mid-afternoon.

According to a recent study, getting more shut-eye might help us fight off those junk food cravings.

The study looked at average weight individuals who were not getting the recommended 7-9 hours of sleep per night.

The people were separated into groups – some kept their sleep habits of less than seven hours, and some tried extending their sleep by about an hour and 15 minutes.

At the end of four weeks, the people who logged more sleep had about a 10 gram reduction in sugar intake.

RELATED: Stress, Lack of Sleep Can Increase Your Risk of Developing Diabetes

Cleveland Clinic’s Leslie Heinberg, Ph.D., did not take part in the study, but said the results were not surprising.

“When we think about managing weight or losing weight, it’s hard to just focus on diet and exercise, because other behaviors – managing stress, getting a good night’s sleep – all of those self-care behaviors can play an important role,” she said.

Leslie Heinberg, PhD, said sleep deprivation can lead us to crave foods that are higher in sugar and fat that will make us crash later in the day and eventually lead to weight gain.

Dr. Heinberg said when people are sleep-deprived, they tend to gravitate towards certain types of foods – usually foods that give them a ‘rush’ of energy.

These are foods that are more likely to be simple carbohydrates, higher in sugar or higher in fat.

And while these types of foods may provide an initial rush, they will leave us with a crash later and eventually lead to weight gain.

Dr. Heinberg said this study shows how just a small change, such as going to bed a little earlier, can help us feel better, not just for weight maintenance, but overall well-being.

She said good sleep hygiene isn’t just for people who are overweight or working on weight loss – it’s important for everyone.

“Just getting a little more sleep can help you lose weight, but it’s also going to help you focus better; it’s going to help your mood, help your irritability; make you a safer driver, and more productive at work,” said Dr. Heinberg. “Just that little behavior change can have an enormous positive cascade on a lot of different health behaviors and health outcomes.”