CLEVELAND CLINIC: Study says Genetics May Be to Blame for Child’s Picky Eating 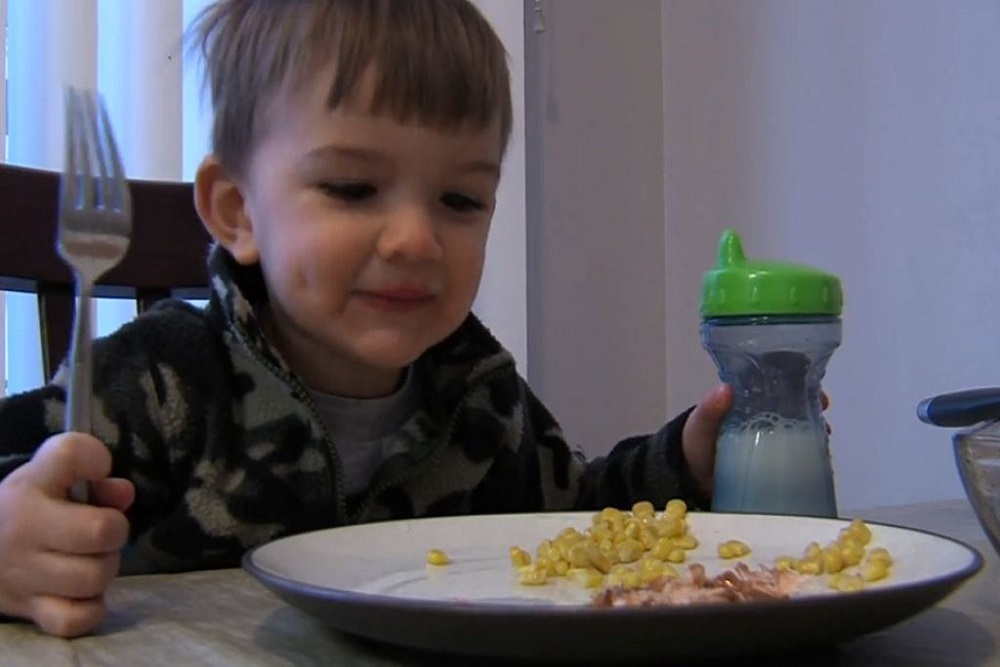 Every parent has likely dealt with a picky eater at one time or another.

A recent study says that a child’s genetics could make them less inclined to try new foods.

Jennifer Hyland, RD, of Cleveland Clinic Children’s, did not take part in the study, but said it’s typical for picky eating to start during the toddler years.

Normal picky-eating can start anywhere as early as two or three,” she said. “Usually, during infancy, they’re adventurous eaters and they’re trying new things, and then the picky eating really creeps up around the time they become toddlers. Parents will say, ‘my kid ate vegetables and they liked this and they liked that and now they don’t eat anything,’ – we see that pretty frequently.”

The study looked at 153 preschoolers and found that many factors can play a role in a child’s picky eating, but that the genes linked to a child’s sensory responses could be one of them.

Hyland said there is a big spectrum when it comes to picky eating, but for most children, picky eating does not go away on its own unless parents really work at it.

She said it’s important to continue to expose children to new foods in order to get them to eat them over time – and remember – it can take anywhere from 10-20 tries for them to like it.

Jennifer Hyland, RD, said that parents should be persistent when it comes to getting their children to try new foods, as it can take 10-20 tries for them to like it.

Hyland said parents can ask children to take ‘no thank you’ bites – which means they can say ‘no thank you’ but, they have to at least try each food. This leads to continued exposure, and over time, they will hopefully learn to develop a taste for these foods.

At meal time, Hyland said it’s helpful to have at least one food on the plate that you know the child will eat, but be sure to give everyone at the table the same foods.

“Please try your best to cook the same meal for the whole family,” she said. “The child may not eat all parts of it, but it’s important that you encourage them to at least try, and that you set an example of trying these foods yourself, so that over time, they will learn to eat these foods.”

When a child is underweight, there might be a nutritional concern where parents are worried about their child not eating and wanting to give them whatever they can to make sure they’re getting enough calories.

RELATED: Why Extra Protein for Your Child Is Unnecessary – and Possibly Dangerous

This is a good time to meet with a registered dietician or physician, because there are ways to combat that problem, while still improving the picky eating habits.

If a child has chewing or swallowing issues, or shows severe anxiety about trying new foods, it’s recommended to talk to a doctor, because they may need the help of a behavioral specialist or multidisciplinary feeding program.

Complete results of the study can be found in the Journal of Nutrigenetics and Nutrigenomics.