MEDICAL UNIVERSITY OF SOUTH CAROLINA: Could you live on $1.90 a day? 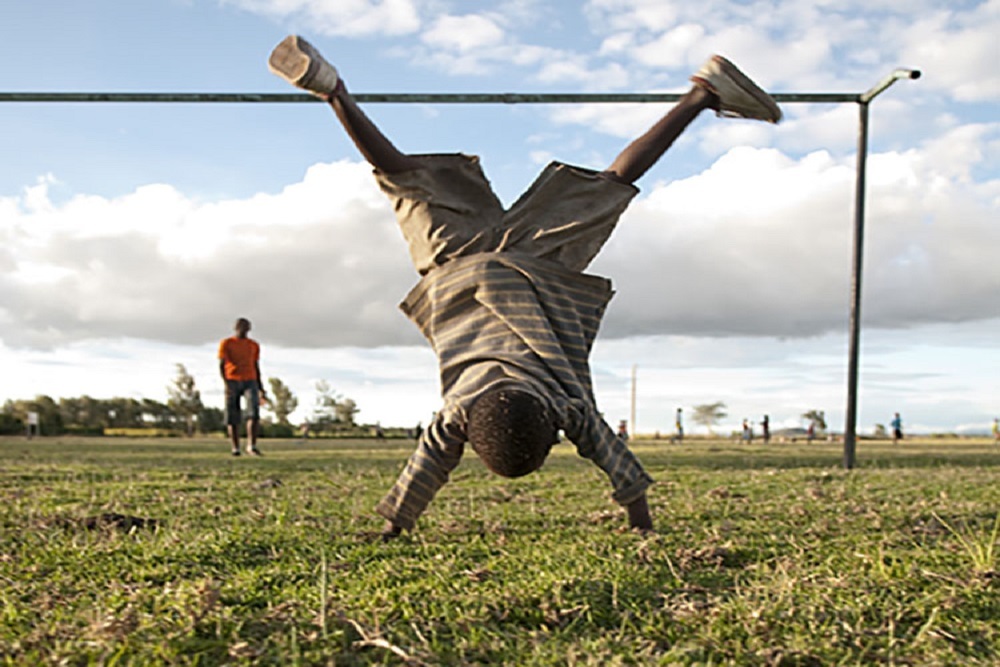 In Charleston, South Carolina, where a bus ride is two dollars for a one-way trip and the cheapest apartments go for hundreds of dollars a month, the idea of living on $1.90 a day is hard to swallow.

“You can think of it as extreme poverty,” said Chris Elias, president for global development at the Bill and Melinda Gates Foundation, during his keynote speech at the Medical University of South Carolina’s Global Health Week conference.

In his talk before faculty members, staff and students, Elias said around nine percent of the world’s population is living under the international poverty line of about $1.90. But that’s actually good news. The rate of people in that category was once as high as 35 percent.

“Our vision is a world where every person has the opportunity to live a happy and healthy life. All lives have equal value,” he said.

The foundation Elias works for attributes the drop in global poverty to charitable giving and the hard work people have done to improve their situations. In his speech, Elias also emphasized the importance of partnerships between the public and private sectors and disciplines within academic centers such as MUSC.

The sought-after speaker’s talk kicked off a week that brought together people interested in looking beyond their community to see how they can improve health on a larger scale. It was organized by the MUSC Center for Global Health. Center director Michael Sweat said Elias was the perfect person to launch the event.

Dr. Chris Elias talks to doctors, researchers and students about global health success stories, including the possibility of eradicating polio.

“The Gates Foundation gives out over $5 billion a year in support, and they are by far the biggest foundation globally doing global health interventions and research,” Sweat said. “Chris’ visit helps give our academic community an appreciation of how their work fits into to the big picture and how their efforts really are contributing to making the world a healthier place.”

Sweat said there has been a dramatic increase in the number of students and faculty at MUSC interested in global projects. The Center for Global Health is currently involved in almost 70 projects in 26 countries and was just awarded a $3.1 million grant from the National Institutes of Health to continue to study a promising approach to preventing HIV in Tanzania.

Sweat said global research and service give students, faculty and staff a chance to have an impact on some of the world’s poorest people in a tangible way and find new ways to solve problems affecting people in wealthier parts of the world as well.

“There are a host of innovations that are brought back from low-income countries,” Sweat said. “A great example is in my field of HIV prevention and care. Many significant breakthroughs were discovered in low-income settings that have very high prevalence of HIV, and many of these innovations have been brought back to the U.S. and implemented.”

Being involved in global health also makes doctors and researchers better at their regular jobs, Sweat said. “It gives them opportunities to fully use their clinical skills, often with minimal access to high technology. It hones their cultural skills in communication, their competency in diagnostics and patient assessment, and honestly, it’s inspiring and rejuvenating.

“I am constantly hearing from our doctors that going to a developing country setting, even if just for a few weeks, gets them back to why they got involved in medicine. They get enormous satisfaction from helping people, and there is nothing like global health to make you appreciate why you invested so much in your education and training.”

A boy has fun on a soccer field through the program Grassroot Soccer. Photo provided

In addition to Elias’ talk, which was heard not only at MUSC but also at Clemson University via video, Global Health Week included a networking event, a look at how an organization called Grassroot Socceris improving kids’ health in more than 50 countries and a discussion about ending preventable deaths of mothers and children around the world.

The goal wasn’t to solve all of the world’s problems in one week but to highlight success stories and inspire more people to see health as a global issue.

While too many people still live in extreme poverty, other problems appear to be on the way out. Elias told a story about what he called “the world’s smartest sticker.” It was created by a company in the U.S. to monitor the temperature of perishable food. The sticker, a small circle, changes color when it’s exposed to heat.

Researchers realized it might be helpful in a much more important area: telling whether polio vaccines, which require constant refrigeration, had been kept cool enough to still be effective. It worked, in a big way.

“This simple innovation, based on a very innovative partnership between the public and private sector with support from the United Nations and others, was critical to enabling the success we’re about to achieve with the polio eradication effort,” Elias said. “We’re on the edge of succeeding in polio eradication, which would be the second disease ever eradicated from the globe.”

Sweat said it was a reminder that global health efforts do make a difference. “These remarkable achievements are not by accident. They have occurred by concerted efforts of health professionals like those we have on campus here. Having a healthier world population is good for everyone.”