Obamacare is failing to discipline Florida insurers for discriminating against hepatitis C patients, according to expert 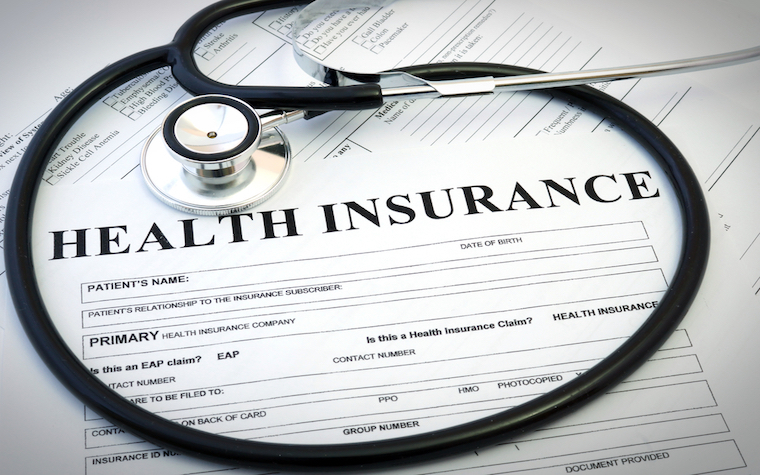 Obamacare has been failing to protect patients in Florida from exorbitant prescription costs. | Courtesy of Shutterstock

However, the government is not diligently reviewing and disciplining insurance providers who discriminate against enrollees with hepatitis C, and, as a result, insurers are getting away with exorbitant copays and deductibles patients cannot afford, Carl Schmid, deputy executive director for the AIDS Institute, recently told Patient Daily.

The Florida Qualified Health Plans provided under the ACA should favor patients, and the government has been tasked with ensuring enrollees aren’t receiving the short end of the stick. But many studies have shown that ACA plans are benefiting insurers more than they are patients when compared to an employer-sponsored plan, Schmid pointed out.

“The Affordable Care Act provision does address this, but it is going unenforced and the plans are supposed to be reviewed by the state and federal government before they are offered every year for discrimination, for these issues,” he said.

Every year, Schmid explained, the administration sends out a call letter for every plan to look into the long-term clinical appropriateness of the drugs and make sure they are covered. The administration is also supposed to keep an eye out for plans with excessive costs and any form of discrimination -- but, so far, discriminatory practices still continue.

In an effort to bring an end to the discrimination, the Alliance for Patient (AfPA) recently joined forces with the AIDS Institute to voice their joint concern over the lack of insurance coverage for individuals in desperate need of medication to fight hepatitis C, penning a letter to Florida Insurance Commissioner Kevin McCarty.

“We write on behalf of the Alliance for Patient Access concerning insurance coverage or lack thereof for hepatitis C drugs for insureds enrolled in Qualified Health Plans in Florida,” they said in the letter. “The AIDS Institute joins AfPA in this request. We write with the hope that formal dispute resolution or litigation can be avoided -- but time is short and the crisis is real.”

In a news release this week, the two nonprofit organizations said inconvenient pre-authorization processes in conflict with federal regulations and high copays have created frustrating barriers for hepatitis C patients.

“A new generation of hepatitis C medications, like Harvoni, Sovaldi and Viekira Pak, have a more than 90 percent cure rate,” they said in the release. “However, due to insurance companies’ high coinsurance and deductibles, which many patients cannot afford, and their rigorous prior authorization requirements, eligible patients’ ability to receive treatment is jeopardized.”

Some insurers require patients to pay as much as 30 to 50 percent of the cost of the drug, the release stated, with a deductible that can be higher than $4,000.

Such practices discriminate against people with a preexisting medical condition and discourage enrollees with hepatitis C from signing up for coverage, which violates ACA and federal regulations alike.

“We’ve done this with HIV in Florida,” Schmid said. “We’ve seen that a lot of the insurance plans put high costs on every single HIV drug, and we’ve seen some actions in Florida from the Insurance Commission there to require the plans to have reasonable copays instead of high coinsurance, which is really discriminatory to AIDs patients.”

Now, the AIDS Institute is bringing the same awareness to the plights of hepatitis C patients. The way insurance companies treat hepatitis C enrollees has led Schmid to one conclusion.

“It is obvious the insurance companies don’t want patients with hepatitis C in their plan, and also if patients with hepatitis C are on their plans, they are going charge the patients a lot of money to access those medications,” he said. “I am sure if you contact the plan they will say it is the high cost of these drugs, but what about Blue Cross-Blue Shield and United? Why are they able to design their benefits in such a way that allows their patients to have access to medication? So, it is discriminatorily planned design.”

Because hepatitis C is a chronic, life-threatening disease affecting as many as five million people in the country -- which can lead to severe liver damage, infections, liver cancer and death -- patients with the illness are often desperate to access life-saving medication, which insurers often take advantage of, Schmid believes.

“Putting their drugs on a very high tier and coinsurance, it really makes the drugs inaccessible to patients," he said. "And if people want to be cured of hepatitis -- if they are sick, they want to be cured -- they have no choice but to pay the high cost. Fortunately, there are out-of-pocket limits for patients -- $6,800 for individuals -- but they have to pay their premiums, as well.”

According to the Centers of Disease Control and Prevention, 70 percent of people with hepatitis C will develop chronic liver disease; 20 percent, cirrhosis; and 5 percent, liver cancer.

What insurers neglect to realize, Schmid said, is that providing fair access to hepatitis medications will actually benefit the health care system.

“In the long run, it is a cost savings for the health care system because if you have hepatitis, you are likely to develop liver cancer, liver transplants, and they are very expensive,” he said. “So, it really pays: it really is cost effective to put patients on these drugs, so they don’t get sick down the road.”

Currently, the AIDS Institute is waiting on an ACA non-discrimination ruling that is pending at the White House.

“There are a lot of elements out there for plan review and enforcement, but we believe implementation is the problem,” Schmid said.