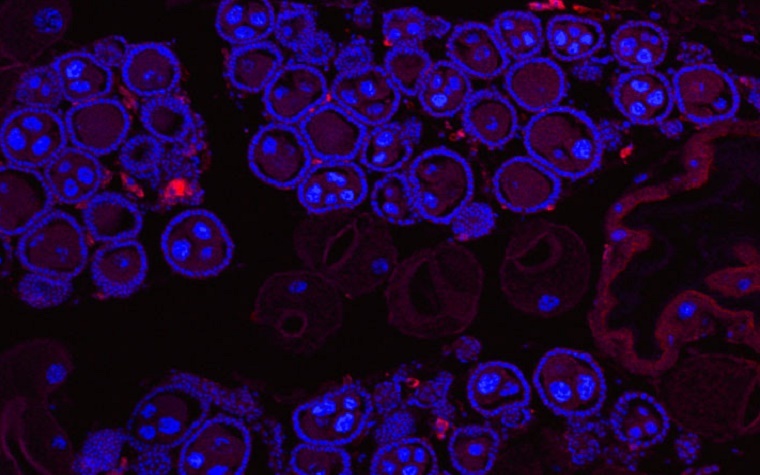 Hotopp, an associate professor of microbiology and immunology at the University School of Maryland School of Medicine, is conducting research to find out if bacterial DNA, such as that from Wolbachia, is able to enter human genomes and cells.

Wolbachia invades cells of organisms and remains there. Wolbachia DNA has been found in beetles and parasitic worms.

As Hotopp and her fellow researchers investigated further, they found that Wolbachia genes had been transferred into eight insect species and nematode worms -- and that the bacteria's genes and traits may be passed on to the invertebrae that acted as its host.

The National Institutes of Health (NIH) gave Hotopp the 2015 NIH Director's Transformative Research Award for her research and discoveries related to the Wolbachia bacteria, which have continued and may now be used in the research and development of cancer therapies.

This unique award is bestowed upon researchers whose innovative projects in untested areas have the potential to change the landscape of biomedical science.

As she pored over past research, Hotopp found thousands of instances of bacterial DNA combining with the DNA contained in human cells -- at a rate of one in three people. Further, this lateral gene transferring occurred more frequently in cancer cells than in healthy cells, particularly in the cells of people who had been diagnosed with acute myeloid leukemias (AML) and stomach cancers.

With funding provided by the NIH award, Hotopp will continue her studies of lateral gene transfers. These studies will include genetic engineering of human cells so she can observe their relationship, if any, to cancer.

Hotopp and her team plan to develop bioinformatics tools, as well.